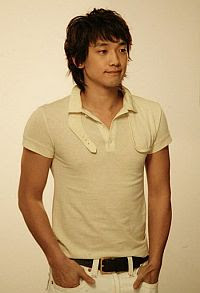 Who doesn’t know Rain (“Bi” is “rain” in Korean)? Whether you are a fan or non-fan of the talented singer/dancer/actor chances are, you’d have read about him. The latest buzz surrounding the bloke, whom I’d like to dub the Energizer Bunny (because he keeps going and going, and going) is his last-minute L.A. concert cancellation and its controversial repercussions. At the time of writing, the 25-year-old is laying low in Germany and shooting his Hollywood debut flick, Speed Racer.

Jung Ji-hoon, who adpots the stage name Rain, discovered the joys of performing in the 6th grade. During his teen years, he was part of a boyband called Fan Club. Its first single was a cover of Chumbawamba’s Tubthumping! Of course, the band sang the song in Korean and with different lyrics. The group was short-lived and soon disbanded, but Rain held on to his dreams.

Rain went for many auditions but was repeatedly rejected not because he lacked talent, but because he didn’t have double eyelids, an obsession with Koreans. Eventually, he was accepted by JYP Entertainment with the CEO of the agency, Park Jin-young taking him under his wing. Thank goodness for people with enough sense to overlook a lack of double eyelids, huh?

In 2002, he debuted with the album Bad Guy. It was a hit. He then delved into acting and toplined the drama series Sang Doo! Let’s go to School, which was also a hit. The following year, the Energizer Bunny released his second album How to Avoid the Sun, which – you guessed it – was a hit. 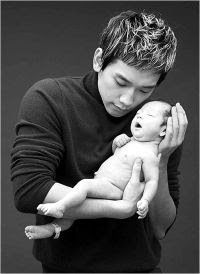 All of Asia took note of Rain in 2004 when the extremely popular drama Full House, the highest-rated Korean drama of all time, was released. He secured his popularity in Asia with the release of his third album It’s Raining, which is reportedly the star’s most successful album to date, both in Korea and internationally.

Wowing Asia alone isn’t enough for the Energizer Bunny. The ambitious young man wants to break into the United States as well in order to be known as an international superstar. In 2006, he received a nod from Time magazine when he was voted as the second most influential artiste of the year. He also performed to a sold-out crowd at Madison Square Garden in New York that same year.

Rain managed to squeeze in some acting in between and played a patient in a mental hospital in the quirky Park Chan-wook-directed I’m a Cyborg, but that’s OK.

The Energizer Bunny then released his 4th album entitled Rain’s World in Oct 2006 and kicked off his Rain’s Coming World Tour in December! He jetted all across Asia for his concert (Malaysia included! Yeah, whatta night!) but had to cancel the Canada and US dates, the latter due to legal problems and incompetent management.

Ladies and gentlemen, I give you the IT boy of Asia, the Energizer Bunny: