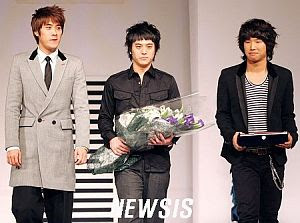 Arirang (아리랑) is a beautiful ballad and the MV for it has some major mini drama going on. And so, my curiosity about SG Wannabe led me to check out the trio. Apparently, SG stands for Simon & Garfunkel! (Now the name makes sense).

Their debut track, Timeless, was a hit back in 2004 and it propelled the trio to stardom. However, they remained anonymous at the start of their career as they refused to make public appearances. Also, their MVs starred other popular Korean stars. The group’s reason for doing so was because they preferred the public focusing on their music instead of their image.

Their talent speaks for itself as Arirang, a track off their latest album, topped the charts.

SG Wannabe is made up of: