Daniel Dae Kim was born in Pusan, South Korea but migrated to the US when he was two-years-old. He was raised in New York and Pennsylvania. The actor gained popularity through the hit TV series Lost. Yup, he’s one-half of the Korean couple who are stranded on the mysterious island. 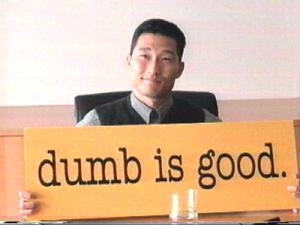 In the show, Daniel plays Kwon Jin-soo, husband of Sun Kwon (Kim Yun-jin). While his character has almost no ability to speak English, the language is actually Daniel’s primary tongue. And the irony is, Daniel isn’t fluent in Korean!

Prior to Lost, the 39-year-old had many recurring roles in various TV series such as Agent Tom Baker in 24. He also guest starred in NYPD Blue, The Practice, CSI, Without and Trace and The Shield, just to name a few. Apart from that, Daniel also lends his voice talent to videogames and animated series.

His foray into films includes actioner The Jackal, The Hulk, Spider-Man 2 and Academy award-winning Crash. In addition to all that, Daniel loves doing theatre! He was included in People Magazine’s list of the sexiest men alive in 2005.

Daniel is married to Mia and they have two sons.

His body of work is too long for me to list down. But it’s all at http://www.danieldaekim.org/