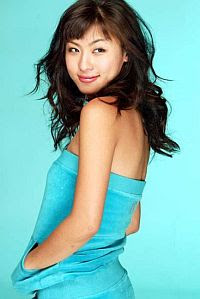 She doesn’t impress me that much as an actress; have I been watching her better works? Probably not because the Hwangjini miniseries is supposedly good?

Anyway, Ha Ji-won debuted on television in 1997 on KBS TV. Three years later, she bagged the Best New Actress trophy at the Grand Bell Awards for her debut film Truth or Dare. The actress then went on to win a Blue Dragon Best Supporting Actress Award for her second flick, Ditto (2000).

After getting more recognition through horror flicks such as A Nightmare (2000) and Phone (2002), Ji-won went on to star as a cheerleader in Sex is Zero, one of the most successful comedies of 2002.

It is also reported that the actress attempted a recording career that same year, but I think nothing came out of it. I’ve not seen any of her later works…is she worth checking out?

Based on HanCinema’s ranking, she’s the 4th Most Wanted actress in Korea, after Song Hye-kyo, Choi Ji-woo and Lee Young-ae (in that particular order).