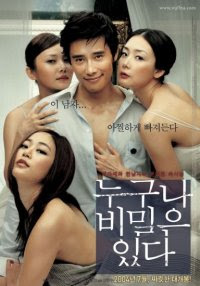 Wow, this clever little flick is absolutely entertaining and I enjoyed every minute of it! Initially, I thought it was some chick flick because it centres around three sisters but as the story unfolds, you realise that there is more going on than what you actually see onscreen.

The concept is quite similar to Love Actually (the British rom-com starring Hugh Grant as the Prime Minister of Britain) where there are different stories seamlessly woven into the main plot. However in this flick, you’re first shown a storyline and later, the film rewinds time to show the other plots that are running concurrently.

The film’s a little raunchy as it revolves around a lothario (played excellently by Lee Byung-hun) who waltzes into the lives of three sisters and seduces all of them. The Casanova has all sorts of tricks up his sleeve so whether his conquest is a girl who has been around, a virgin or a married woman, he has no problems scoring every single time! 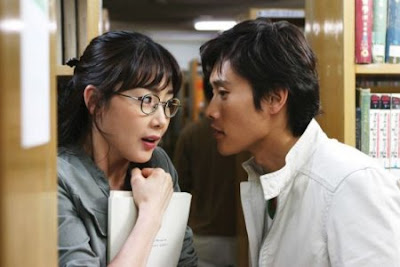 Stairway to Heaven star Choi Ji-woo plays the innocent Son-young and her discovery of the pleasures of sex is at once adorable and hilarious.

Now, this is a comedy worth paying for. If at anytime you’re deliberating between the so-so Seducing Mr. Perfect or this little gem of a comedy, choose this one instead.

Soon-hyon (Lee Byung-hun, 이병헌) is the ultimate player. Rich, sexy and suave, the man catches the attention of Mi-young (Kim Hyo-jin, 김효진), a heartbreaker in her own right. She pulls out all the stops to seduce the man (or so she thinks) and they soon become lovers.

However as things turn out, Mi-young’s elder sister Son-young (Choi Ji-woo, 최지우) is actually being seduced by Soon-hyon at the same time. Ditto the eldest of the three, Jin-young (Chu Sang-mi, 추상미), who is already married to a gynaecologist.

Soon-hyon is bad news but the Romeo’s self-appointed mission actually spices up the lives of his conquests, leaving them with (very) naughty secrets to keep. Oh, behave!! 😉