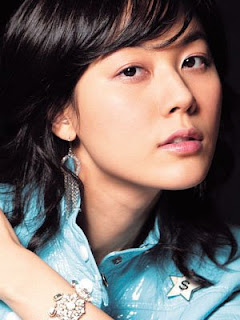 Wow, this lady’s one busy actress and she’s been paired up with many notable Korean stars for both TV and movies. Cha Tae-hyun, Kwon Sang-woo (twice!), Kim Sung-su, Lee Byung-hun, Lee Dong-gun, Kim Jae-won, Ha Ji-won and Jun Ji-hyun have all co-starred with her at one point or other in time.

Not much English stuff on her online, but I managed to watch an interview she did while promoting My Tutor Friend with Kwon Sang-woo back in 2003.

It seems that Ha-neul has two left feet and a supposedly choreographed dance she did for the movie left her co-star stumped. Sang-woo sshi could not believe she actually took lessons for the dance sequence because he thought she was just prancing around to the music! Ha ha, I saw the dance sequence; it was awkward at best.

It has been said that Ha-neul made her debut in showbiz at a modelling contest back in 1996.

Earlier this year, the 29-year-old appeared in In Style (fashion magazine) and showed off her more sensuous side. Ha-neul, which literally means “sky” in Korean, said: “I wanted to show a different image. I work out a lot to shape my body.” 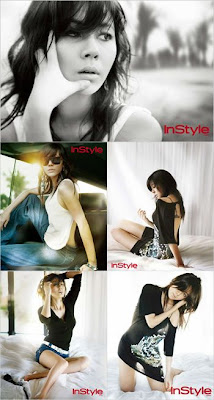 Yeah, you go girl. If you’ve got it, flaunt it.