J Lim or Lim Jeong-hee has sacrificed much in her efforts to make it big in the US. The Korean songbird lives in a small studio apartment in New York and spends many lonely days perfecting her English and singing.

“I should have taken it easy,” she told Yonhap News. “Why am I taking the hard way here? I thought. But then I’d think, ‘Wow, I’m in New York.’ My feelings waver. I’ve actually been very lonely.” 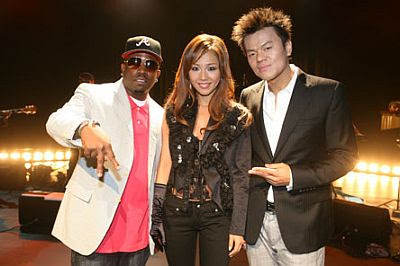 The 26-year-old endured five years of training with JYP Entertainment before launching her singing career in Korea. Two years and several hit songs later, she jetted off to the States in Nov 2006 and is now honing her skills for her international debut as J Lim.

The singer is set to debut Stateside after she releases her 3rd Korean album entitled Before I Go J Lim in her home country. She worked on it in August 2007, splitting her time between Seoul and New York.

“My third album reflects my one-year stay in the U.S. It imaginatively evokes lovers making out in the streets, diverse languages and races. It has a very open feeling to it. I also feel like my emotional range has become enriched,” she said.

The songbird will be promoting her album in Korea for three months before returning to the US to launch her career there. Lim has already inked a contract with Laface, the record company run by Big Boi of Grammy-winning hip hop duo, OutKast.

The Hey Ya! rapper showed his support (and stamp of approval?) for J Lim by appearing in her latest Korean album. He raps in the album’s title song and will appear in the music video as well.

Oh, poor girl’s feeling lonely right before her US debut? C’mon K-poppers, why don’t you show her some love and support. Drop by J Lim’s MySpace site and say hi ;-).