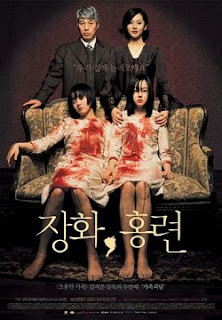 I don’t like watching horror movies because the creepy parts are automatically played on a loop in my head – days or weeks after the show. But since its Halloween, I’ve made an exception just for the occasion.

After many sleepless nights worrying about a long-haired, pale-white ghost with blood-shot eyes in a black dress standing over me on my bed, I bring you a K-popped!-style review of A Tale of Two Sisters.

A slow burning chiller about two sisters who are wary of their unstable stepmother, Eun-joo (Yeom Jung-ah, 염정아). Oh, but there is so much more behind the tense relationship because in this horror flick, what you see is not what you get.

Suffice to say that you won’t be sure who’s living and who’s dead until all is revealed. Reminds me of Nicole Kidman’s The Others or Bruce Willis’ Sixth Sense. However, it is entertaining in its own way and the revelation isn’t a letdown at all. The persons who are affected by a certain incident have something in common and they’re not even aware of it! 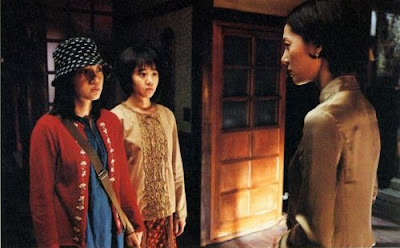 Living dead: ‘You know what girls? I see dead people.’

Creepy moments include the part when elder sister Su-mi (Im Su-jung, 임서정) has a nightmare. It took me a week to shake off the feeling of a long (and messy)-haired entity in a black dress crawling across the foot of my bed. Brrr…goosebumps.

The DVD for the movie is being sold at an affordable price at Speedy Video. Only RM10 for a copy with English subtitles! We grabbed it because we wanted to watch actress-in-demand, Im Su-jung doing her thang.

Trivia: The movie is a remake of The Story of Janghwa and Hongryeon (1924), which was also the 1st film made entirely by Koreans. Prior to this, the Japanese typically handled cinematography.

The story is based on the folklore of two sisters killed by their stepmother. The spirits of the girls cannot rest and haunt the village they once lived, searching for justice. Since that time, this popular tale has been remade no less than 7 times. And this is the most recent one. – Seoul magazine, August 2007 (Issue #49).

Two sisters return home after a long stay at the hospital. Their stepmother tries to make them feel at home but the elder of the two, Su-mi, is hostile towards her while Su-yeon (Moon Geun-young, 문근영) is just plain scared of her. 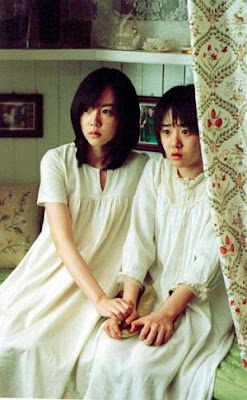 Su-mi (left, Im) and Su-yeon (Moon) react to their
punishment of “no TV” for a whole month. Scary!

Creepy things start to happen in the house. A dinner guest suddenly convulses into a fit during dinner, things go bump in the night and Su-mi seems to be overly protective of her younger sister.

The story comes to a head when we see the stepmother going berserk, and drags a bloodied sack all over the house.

Get the DVD please…and Happy Halloween!