Hello K-popped! readers. Just a recap, Liz and Orchid are visiting Rooster in Beijing. As well as enjoying the sights of this ancient city, we’ve also kept our eyes peeled for all things Korean. 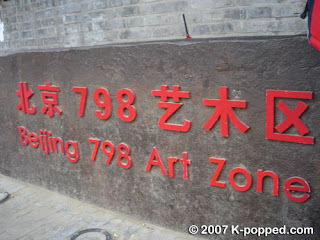 The K-popped! Trio spent an afternoon at Beijing’s 798 Art Zone in the Dashanzi area. Formerly an industrial park during the Socialist regime in the 1950s, the decommissioned military factories has since within the last decade been converted into an artist community. These once abandoned factories now house loft style galleries, bookshops and European cafes. Events from swanky fashion shows to Beijing’s hottest rave parties are held at 798. 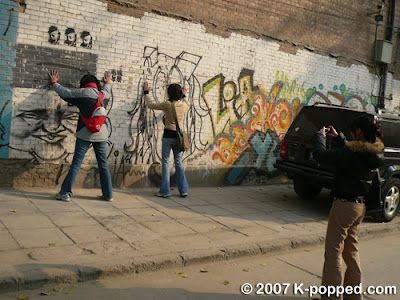 Orchid takes a shot of Liz and Rooster 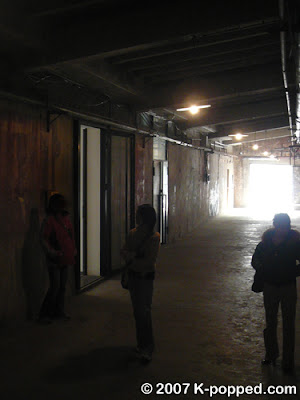 Of course, this entry wouldn’t be in here if we hadn’t stumbled upon this cozy café managed by a sweet Korean lady. Our very cultural walk in this chilly northern air was in much need of a warm break. 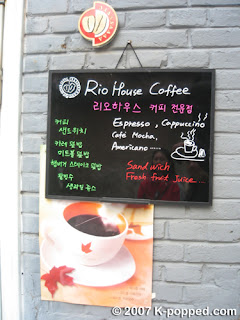 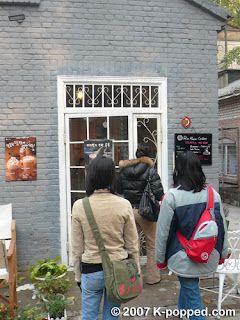 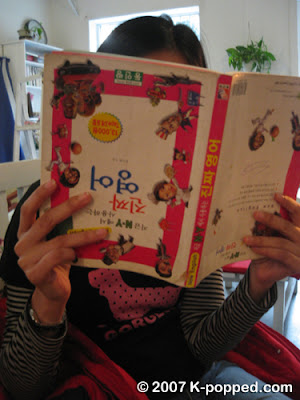 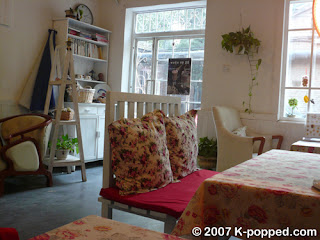 The cafe looked like a cottage that popped out from some storybook
(or a Korean romance film set) – whitewashed wood walls,
rose printed cushions and rustic furniture.

Rio House Coffee was the perfect place for a quick recharge before heading back to the galleries that dot this community.

The 798 Art Zone is close to Wang Jing, Beijing’s other Koreatown, besides Wudaokou, which is said to be home to 70,000 Koreans. Unfortunately we didn’t have time to head over there that day for a K-popped! adventure. Maybe next time, eh?

K-popped! is in Beijing, check out what they are up to:
Delicious Korean cuisine at Beijing’s hutong
Korean snacks from Wudaokou
Lunch at Wudaokou
Korea star sightings in Wudaokou
Travelling to Wudaokou in Beijing
Song Hye-kyo on the cover of Chinese Cosmopolitan
K-popped! in Beijing