Well, it looks like there aren’t that many people out there who would pay hard-earned money to watch Big Bang in concert. 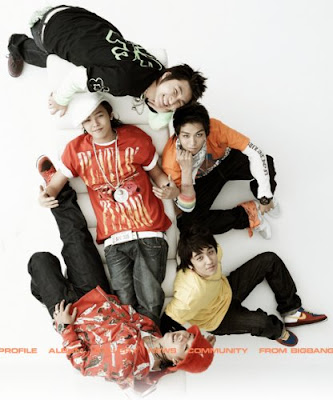 Out of 64 voters, 25 people (39%) were not interested in watching the group live in action. However, 30 persons (60%) say that they would without a doubt attend a Big Bang concert if the quintet were to hold one in Malaysia. 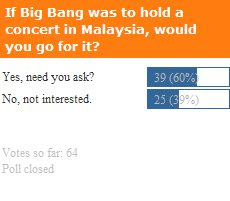 There isn’t a very large margin between the opposing groups so I guess the boys need to try harder :-).