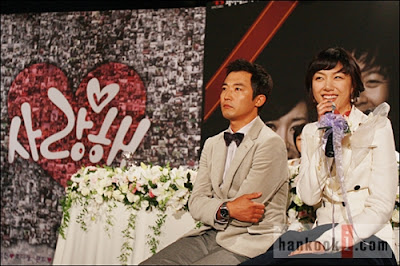 The stars of new drama series Saranghae (사랑해/ I Love You), which is adapted from a manhwa series, held a press conference in Seoul on Nov 7. 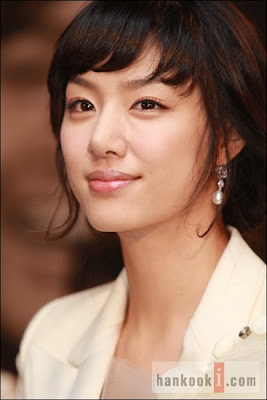 The 16-episode drama stars Ahn Jae-wook and Seo Ji-hye (Over the Rainbow). They play a couple who are expecting a baby after a one night stand. The drama will portray the modern generation’s view on love and marriage as well as the responsibility of parenthood. 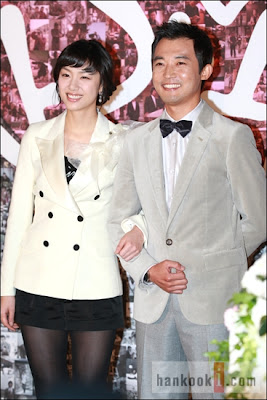 Ahn Jae-wook will play a 34-year-old comic author while Seo Ji-hye will play Young Hee, the young lady who gets pregnant.

Seo’s Over the Rainbow co-star Hwanhee of Fly to the Sky duo also has a supporting role in the drama. 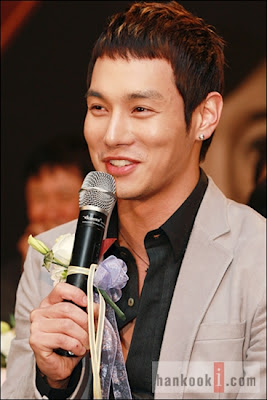 Saranghae, which started filming on Sept 27, is scheduled to go on air early 2008. 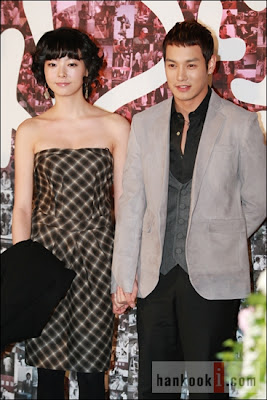 Afraid that his co-star Park Hye-young will lose her way while
getting onstage, Hwanhee decides to hold her hand 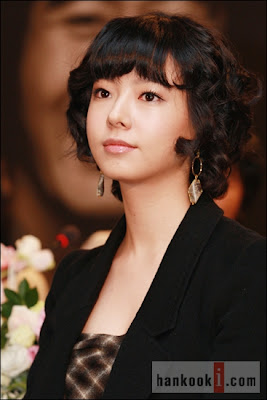