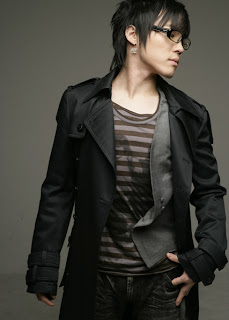 Wheesung is an R&B and soul singer who began his career in 1997 as part of a dance team called ING. Two years later, he became a member of the short-lived boyband A4. The young man left the group after its first album debuted. The reason? Musical differences.

After splitting from the group, Wheesung inked a deal with M Boat, the sister company of YG Entertainment, and trained for a couple of years before releasing his 1st solo album Like a Movie in 2002. It was a hit.

The following year, he released his sophomore long player It’s Real, which was another hit, making him the best-selling artist of 2003 in Korea.

There was some controversy surrounding the release of Wheesung’s 3rd album because the singer chose to make his comeback appearance at another TV program instead of the usual SBS Inkigayo. SBS hit the roof at the snub and YG Entertainment retaliated.

Yang Hyun-suk, the head honcho of YG Entertainment and erstwhile Seo Taeji and the Boys member, posted a message on his website announcing that all artists under the YG Entertainment label would be boycotting the 2004 SBS Music Awards.

The feud only ended when Wheesung performed his comeback performance for his 4th album Love…Love?…Love! on the Inkigayo program in September 2005. He was the first YG artist to perform on the show after nearly a year! 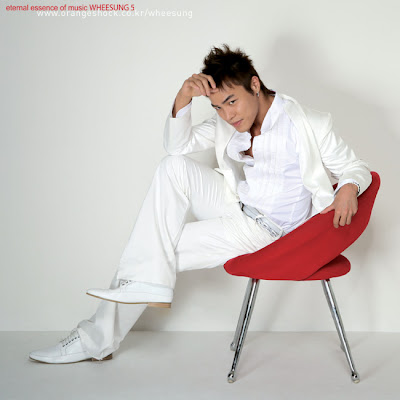 In March 2006, the young man decided to leave M Boat & YG Entertainment after his contract expired. He gravitated to the Orange Shock Agency where he reportedly will be given more creative freedom. The singer will do more composing and producing.

On Sept 4, 2007, the 25-year-old dropped his 5th album entitled Eternal Essence of Music. Initially, there was supposed to be a duet with BoA for the album, but due to the songstress’ busy schedule, the plan fell through. (Check out Love is Sweet, the first single off his latest album. I like it a lot.)

I got acquainted with Wheesung when I saw him appear in the Big Bang reality series on MTV. He was coaching Hyun-seng, the lad who didn’t make the cut, how to emote while delivering a song.