Say it isn’t so, people! Apparently, the world’s next superpower, China, doesn’t fancy South Korea. (Do they love North Korea to bits, then?)

Of all the neighbouring countries, the Chinese people’s least favourite nation is South Korea. And this from a survey conducted by the International Herald Leader, a newspaper published by China’s official Xinhua News Agency. 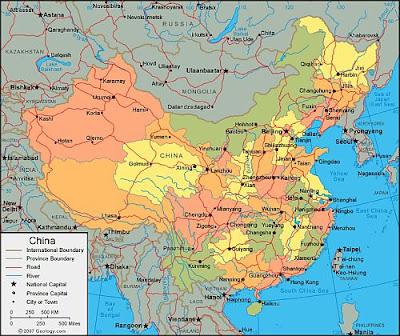 The results, which was released on Dec 10, showed that out of the 12,000 Chinese people polled, 40.1% said they dislike South Korea the most. Japan came in second (30.2%) as the Chinese’s least favourite country.

Meanwhile, the Chinese’s most-liked neighbour was Pakistan (13.2%), followed by Russia and Japan.

Moving on. What do the South Koreans think of China? They have more love for the nation than China has love for them. In a survey conducted by market researcher Millward Brown, 1,000 Koreans were surveyed on their favourite neighbouring country.