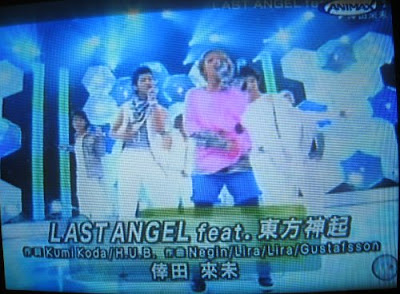 When interviewed by the show’s hosts (initially, I thought the ajusshi with the sunnies on was blind), Kumi Koda said that the song is to encourage young girls to do what they want and hold on to their dreams. 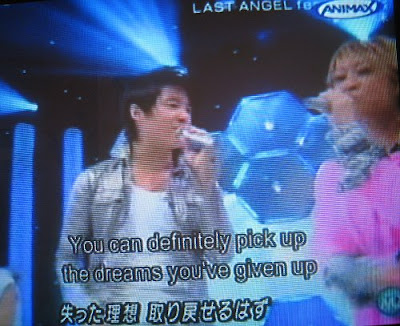 Xiah & Kumi Koda sing about never giving up on your dreams 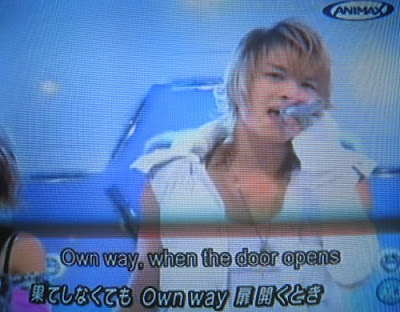 Hero does his thang…still lookin’ pretty 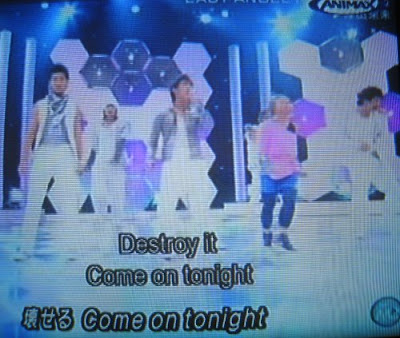 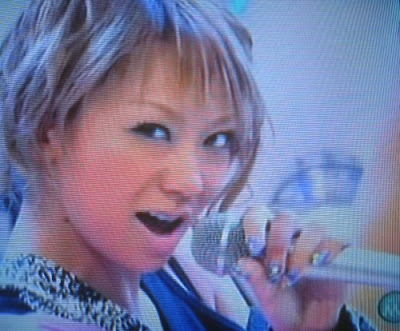 Music Station is a long-running Japanese music program that is shown on Astro’s Animax channel (Channel 715). I caught the 2pm – 3pm show on Dec 22. 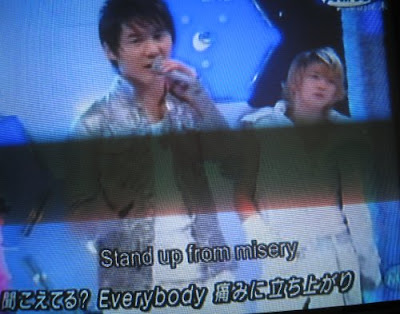 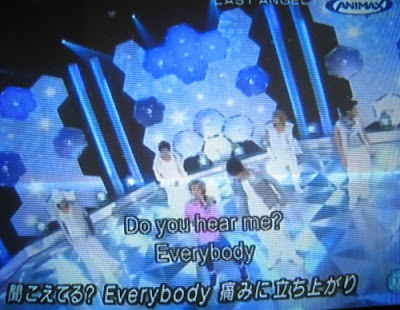 Kumi Koda makes sure her mic is working 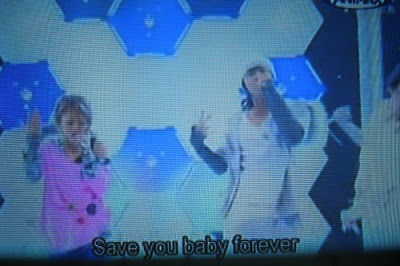 U-Know sings about “saving his baby forever”…whatever that means

Sorry about the lousy TV stills, I was busy wrapping presents when they came on. 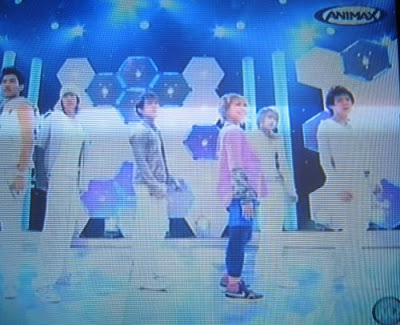 Final pose: Everyone stands at an angle so they can look
slimmer on TV
Prev Article Next Article
Tags:TVXQ