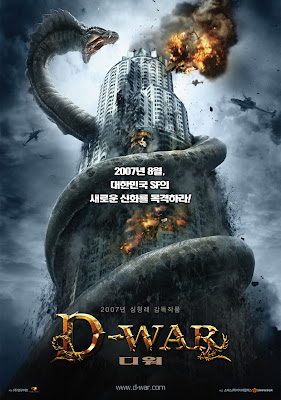 If you absolutely adore cheesy B-grade flicks, then you may have found the love of your life in this one. Well, on second thoughts, maybe not because the film takes itself a little too seriously.

D-War is a feast of unpolished CGI effects with a wafer thin plot that is at best, good for a laugh.

However, after watching the 5,000 Years in the Making featurette, you’ll understand that the flick was made with a whole lot of heart and passion (more on that later), but this time, heart and passion alone isn’t enough.

Boy, where do I start?

Dragon Wars, you’d expect two Imoogis (that’s what the creatures are called before they turn into full fledged, fire breathing dragons) going at each other like nobody’s business.

Unfortunately, only the Bad Imoogi named Buraki cares to make public appearances. The Good Imoogi is a prima donna-like character who hides itself in its lair most of the time.

Buraki’s minions include all sorts of dinosaur-like creatures and at one point in the flick, I had to remind myself that this isn’t a very long episode of a violent Dinotopia.

The screenplay is pretty awful. It’s unimpressive nor memorable and feels like it’s just going through the motions for the sake of a story.

Right now, I can’t really recall why the FBI dude – Agent Frank Pinsky (Chris Mulkey) – is involved in the case. And did you notice what a bad shot he is? He shot the protagonist Ethan (Jason Behr) point blank…and missed! Are you kiddin’ me?! 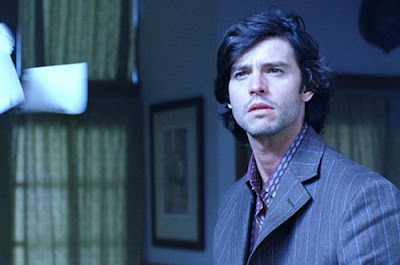 Man of steel: Ethan (Behr) takes a bullet point blank and is uninjured!

Also, I totally blanked out during the showdown in LA, especially when the helicopter pilots kept talking in codes like so:

Hey, it even rhymes! But seriously, someone’s taking his Maverick-talk a little too far, isn’t he?

The sequence I enjoyed is the flashback to ancient Korea. It’s when old man Jack (Robert Forster) narrates the legend of the Imoogi to young Ethan. Ooh, storytime, I like. 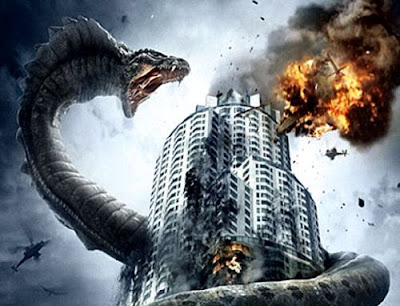 In Korean folklore, an Imoogi is a creature waiting to be transformed into a Dragon. It needs a Yuh Yi Joo, which happens to be inside a girl named Sarah (Amanda Brooks), to complete its transformation.

The Bad and Good Imoogi are competing against each other to obtain this Yuh Yi Joo to fulfill its destiny. Apparently, it’s the only way to maintain balance in the world and if the Bad Imoogi gets to it first, mankind is doomed.

Reincarnated warriors Ethan (Behr) and Sarah (Brooks) are reliving a vicious cycle of their past lives – star-crossed lovers who chose to die together instead of sacrificing for the good of Man. Oh, they were Koreans then. 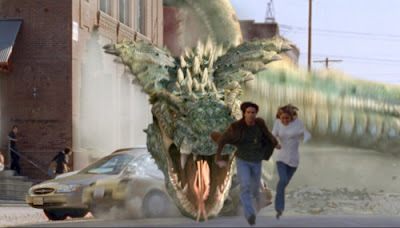 Man eater: Imoogi is a short distance away from a Happy Meal

Now that they are reincarnated into Americans, will Ethan and Sarah be able to outrun the Bad Imoogi and his minions? More importantly, will they escape their fate again and subsequently impose the same destiny on themselves 500 years down the line, or suck it up like a hero and do the right thing?

This fantasy-action flick is Korea’s largest-budgeted movie (as of 2007) at US$75mil.

If you really want to, you’ll need to buy the DVD. K-popped!’s copy was specially delivered to us by Sony Pictures Home Entertainment, USA. 감사합니다!

The DVD, which was released in the States on Jan 8, comes with Special Features that includes:

5,000 Years in the Making featurette
Comedian-turned-director/writer Shim Hyung-rae talks about the 5-year struggle he went through to bring his dream to reality. He shared about how he knocked on doors to get the right people to work with him and how the flick is a labour of love. 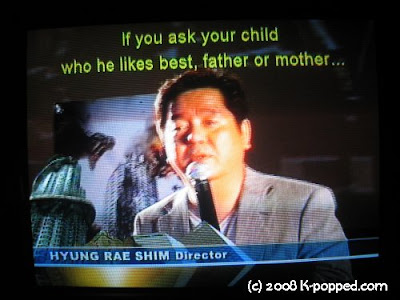 The director talks about himself

The man behind Yonggu Art Entertainment also talks about passion for his work and to not be afraid to try something new – no guts, no glory.

Dragon Wars Animatics: From Storyboard to Screen
Clips of various sequences that compare the storyboard visualization of a scene to the actual one on film.

Conceptual Art Gallery
Sample sketches of the characters and creatures featured in the movie. 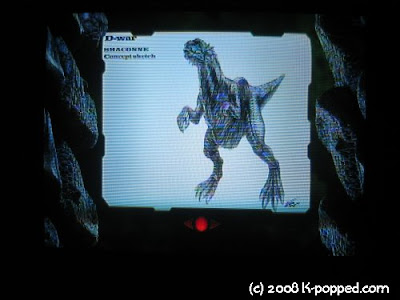 One of the sketches from the gallery

Related:
D-Wars to invade US homes on Jan 8
That plot sounds fishy
D-Wars (2007)