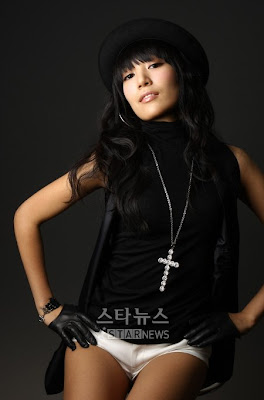 Sunha has been compared to Lee Hyori

Sunha, who made her debut on KBS 2TV on Jan 25 with her song Chantey Chantey, is a new singer on the K-pop scene!

The girl was a former 2006 Miss Korea contestant. She has been practicing really hard for the past 2 years to perfect her singing, so much so that she grew another 2cm (now she’s 172cm) while training!

Now that the 23-year-old is gaining popularity, rumours about a nose job are in the air. The singer shoots them down by saying that she has not had any cosmetic surgery done and does not plan to have any. She believes that there are too many parts of her that needs fixing.

People have advised her to undergo plastic surgery, but the lass insists that she is too scared and wouldn’t do it. 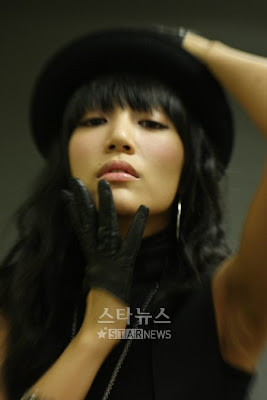 Sunha is under the same agency as reigning sexpot Lee Hyori, and is dubbed the 2nd Hyori because many think she looks like the Toc Toc Toc singer. The newcomer is honoured to be compared to Hyori.

What’s in the cards for the former beauty contestant? Acting. Sunha would love to act one day.

Check out Sunha’s Chantey Chantey performance below. You like?