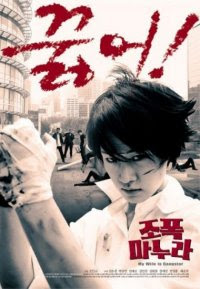 For me, nothing much. It started off all interesting and hilarious but a little past the midway mark, the film felt like it had nowhere else to go.

Basically, it’s about Eun-jin (Shin Eun-gyeong, 신은경), who is trying to please her long lost elder sister, who is terminally ill.

Separated while they were kids living in an orphanage, Eun-jin is desperate to make up for lost time by meeting all of her sister’s requests. So when 언니 (eonni = elder sister) says “Jump”, 동생 (dong-saeng = younger sibling) asks, “How high?”.

Oh, did I forget to mention that 동생 is actually the 2nd in command of a criminal gang? Yeah, she’s tough as nails and her underlings (all men) address her as Big Brother (형님= hyeong nim) – uh huh, that’s the kind of clout she wields.

So when 언니’s wish is to see her married, Eun-jin has to find a man dim-witted enough to marry a mobster. Enter Soo-il (Park Sang-myeon, 박상면), a kind-hearted but rather dense civil servant who is…err, man enough for the task. 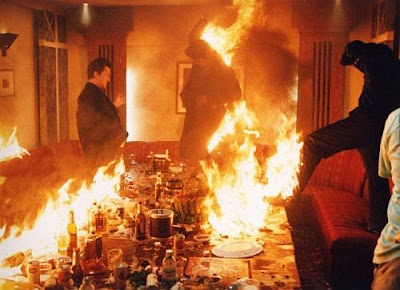 The fish-out-of-water sequence here is hilarious. Eun-jin the Ice Queen, who only needs to glare at her men to make them cower, has to learn to act all lady-like. And when 언니 wants Eun-jin to start a family, 동생 obeys and subsequently forces clueless hubby for loads of sex.

However, the running subplot about a territory tussle between Eun-jin (gangster name: Mantis) and another mob boss weighs the flick down.

I also have the flick’s sequel with me, but I’m in no rush to watch it.

Eun-jin, who is a living legend among gangsters, is extremely skillful with a pair of trademark blades. When she finds her long-lost 언니 who is terminally ill, she does her best to fulfill all of 언니’s dying wishes. 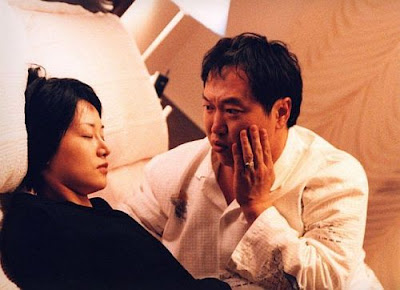 Sleeping Beauty: Prince Charming seems to be in a dilemma. Oh, to
kiss or not to kiss, that is the question

It has been said that My Wife is a Gangster is the 1st ever Korean film to be sold to a US studio for a remake. Miramax bought the remake rights for almost US$1mil, plus another US$150,000 for distribution rights.

A quick search at IMDb.com revealed that there isn’t an English remake of the flick until now.

Part of the “spoils” when I raided my friend’s DVD stash. Mwah ha ha ha ha…please get the DVD if you want to watch it.