While Bi isn’t singing the official Olympic anthem for the upcoming 2008 Olympics in Beijing, the Energizer Bunny will be doing something related to the big event. 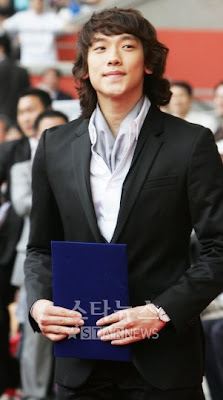 Hmm, Bi, be careful whose payroll you’re on

Jung Ji-hoon has inked a one-year commercial deal with Samsung Anycall where he will be singing an Olympic-themed song (not to be mistaken for the official Olympic anthem) for the commercial.

Samsung is apparently one of the official sponsors for the 2008 Beijing Olympics.

Discussions are underway to film the commercial in Beijing (whoa, Rooster, maybe you can gate crash the shoot? :-P) and the advertisement will be aired near the Olympic season.