The K-popped! Trio decided to share our love for the Hallyu by organising the TVXQ Christmas Giveaway contest (our very first contest) in December 2007. 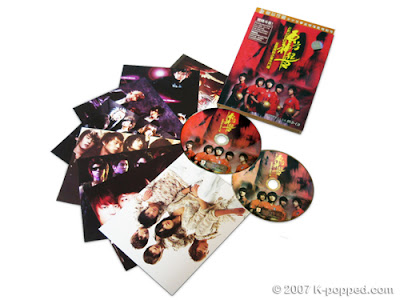 This is what the winner will be getting!

What, you are not part of the K-popped! group at Facebook yet? What are you waiting for? Join now!

Our winner, Hannie Silver’s prize is all-wrapped up!

The winner of the contest is: Hanie Silver, who won herself a TVXQ Limited Edition box set by just captioning one of our photos taken in Beijing.

The prize was sent on Jan 8, 2008 and Hannie, who incidentally lives in Malaysia, received it 3 days later.

Congratulations, Hannie! We hope you like the box set. We bought it while we were in Beijing :-). 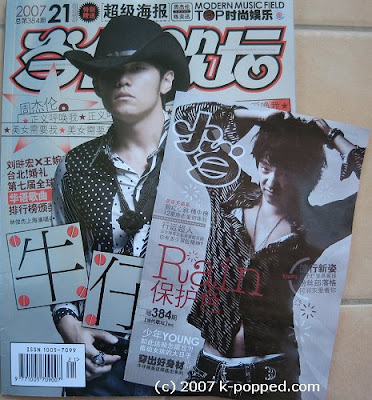 The entertainment magazine, which has Rain on the cover of its supplement was also purchased in Beijing.

We decided to give it to Fraulein, who inquired about the mag after reading about it on our site, because we can’t read Chinese…except for Rooster, who is learning the language ;-).

We actually sent the item to Singapore on Nov 30, 2007 and are really disappointed that it took more than a month to cross the border!!?? Pos Malaysia, when will you buck up?