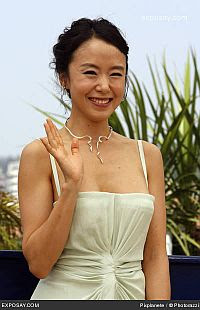 There was a whole lot of buzz surrounding this award-winning actress last year.

Thanks to her role in Secret Sunshine, Jeon Do-yeon made heads turn when she bagged the Best Actress trophy at the 2007 Cannes Film Festival.

Apart from that, the 35-year-old actress, who embarked upon a showbiz career back in 1990, was also named one of Variety’s 50 Most Influential Women.

Even Anjali Rao of CNN’s Talk Asia conducted an interview with the star. The program was aired in October 2007.

Jeon started her career by appearing in television dramas. After five years doing TV work, she debuted as a film actor in The Contact, starring opposite Han Seok-gyu. The film was a hit.

Jeon also appeared in Untold Scandal, a box-office hit that is based on the famous French novel Dangerous Liaisons.

On the personal front, the actress tied the knot with 44-year-old businessman Kang Shi-kyu in March 2007, after a 4-month whirlwind romance.