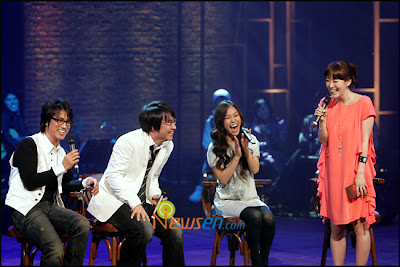 Farny: Actress Kim Jung-eun (right) shares a joke with her guests on Chocolate.
The 1st episode of the show was taped yesterday (March 8). 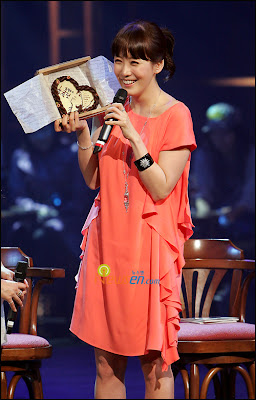 Aww: A heart-shaped choc with her portrait on it
was presented to the host.

At a press conference on March 5, she said: “I have dreamed of hosting this kind of program for the last five years and I am so happy that I finally can.”

Chocolate is a music-cum-talk show where viewers will be able to watch singers perform, as well as other guest celebrities such as actors and even sports stars. 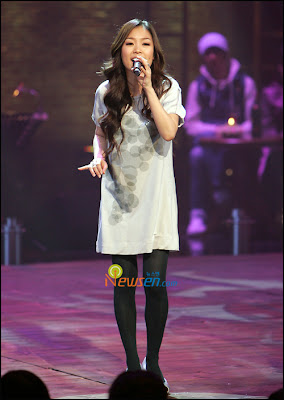 In the show, the host and guests will chat so viewers will have a chance to get to know their fav stars a little more.

“Considering that I’m hosting a music program, I thought I needed some sort of a connection,” said the 33-year-old actress. “It seems I’m overreacting, but I have started practicing playing the piano for the program. We are going for an acoustic and non-digital atmosphere where the viewers can listen to memorable oldies.” 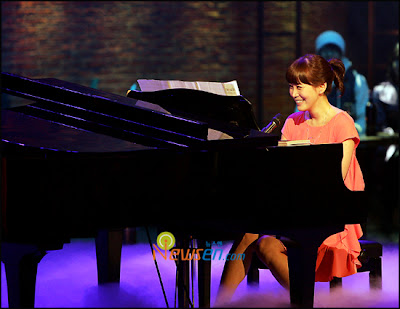 Piano: After much practice, Kim Jung-eun performs for
the audience at the piano.

While Kim is nervous about hosting the program, she shares with us her approach to the show: “Being the first music program that will be launched under my name puts pressure on me, but I will do my best. I won’t be a host who just says as she is told in a pretty dresses, but try to emcee as if I were a viewer myself.”