A preview of Destiny (숙명) was held at 4.30pm today (March 17) in Seoul. And yes, all you fan girls out there, the two studs of the show were there to promote the film.

Kwon Sang-woo and buddy Song Seung-heon, along with Park Han-byeong, are the leads of the action flick. 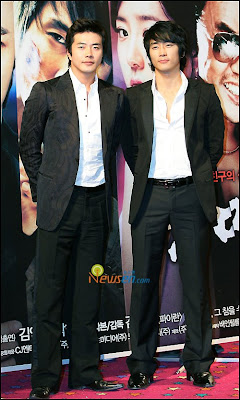 It is scheduled for release in South Korea on March 20.

Check out what transpired during the special preview: 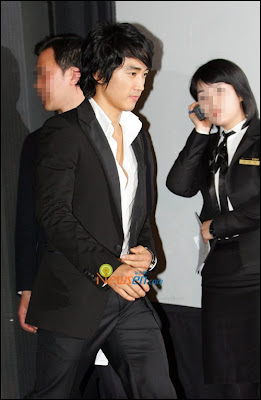 Song Seung-hun arrives…and the girl on the right quickly
calls her BFF to tell her she’s just “two feet away from a stud!” 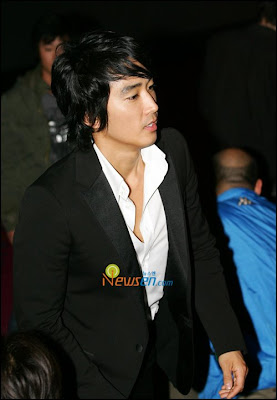 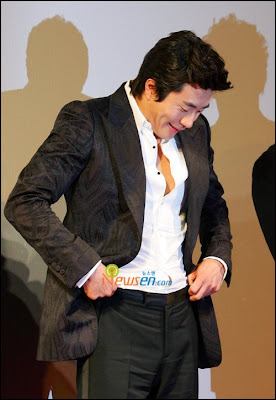 Who is in the midst of pulling up his pants?!?! Oppa, are you getting
thinner? The pants don’t fit the way they used to, huh? 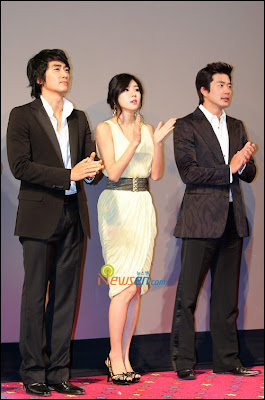 After making sure Sang-woo oppa will not be flashing
the fans anytime soon, the three leads step onto stage and give
themselves a hand for all the hard work put into the film 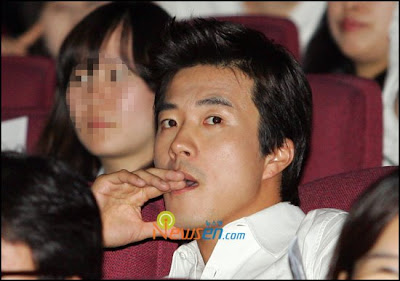 But all the clapping doesn’t quieten the pre-preview jitters as
Sang-woo Oppa is clearly nervous about the screening of his new movie.

Were you there with Oppa? Is the movie any good? 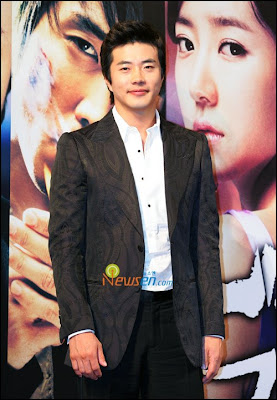 I can’t wait to watch it. Will it be coming to Malaysia? Somebody, please bring it in…and invite Oppa to launch the flick too. That would be awesome!

More on Destiny:
Filming the movie – A Destiny
Watch out for Destiny – the movie