Thanks to K-popped! reader lemonade lagoon, we learned that the buzz on the Internet is that Rain’s Ninja Assassin may actually be Ninja Scroll, the Japanese action anime written and directed by Yoshiaki Kawajiri. 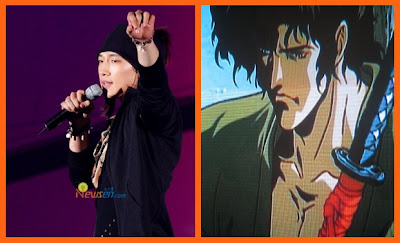 The main character is Kibagami Jubei, a lone ninja for hire who gets entangled in a web of events surrounding Lord Gemma, a nemesis from his past. 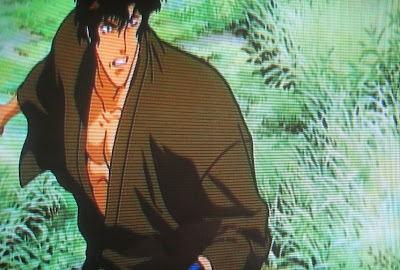 In Jubei’s quest to stay alive and uncover Lord Gemma’s nefarious plans, he has to battle the Eight Devils of Kimon. He isn’t alone in his quest and is supported by Kagero, a ninja woman and Dakuan a wrinkled, vertically-challenged monk. 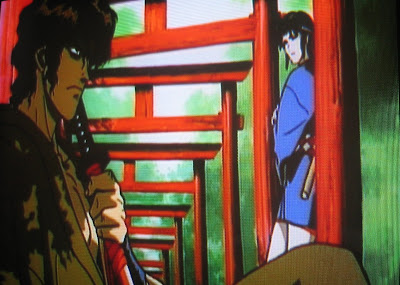 Femme Fatale: Kagero (right) and Jubei talk about their situation.
Ooh, is romance in the air?

The anime contains graphic violence, nudity and sexual situations – not at all appropriate for the young ‘uns. I watched it yesterday.

A 13-part series that is directed by Tatsuo Sato. I’ve not watched the series, but it is said that mercenary ninja, Jubei, is tasked with guarding the Dragon Stone and to protect the Priestess of Light from the Hiruko Clan and the Kimon Shu. 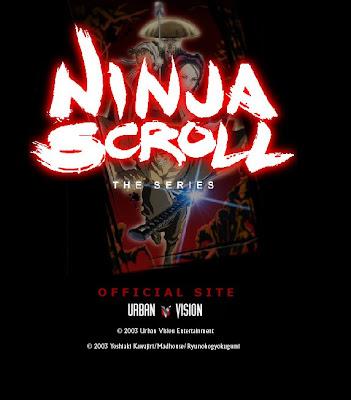 The series: Distributed on DVD

Vertically-challenged monk Dakuan lends a helping hand, along with a thief named Tsubute. 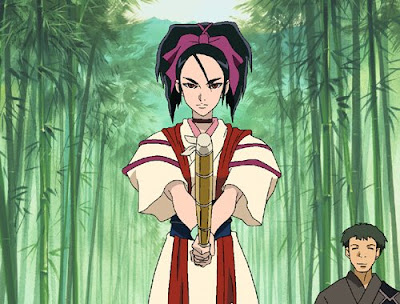 Character design: The artwork here is different from the original movie.
It’s by Takahiro Yoshimatsu.

The Series is said to take place some time after the film.

Now, what has all that got to do with the Energizer Bunny? 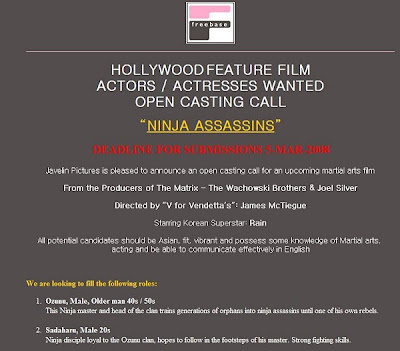 Well, a peek at the casting call for “Ninja Assassins” shows that the filmmakers are looking for (among other roles) a “Teenage Jubei, Male, 15-17yrs”. 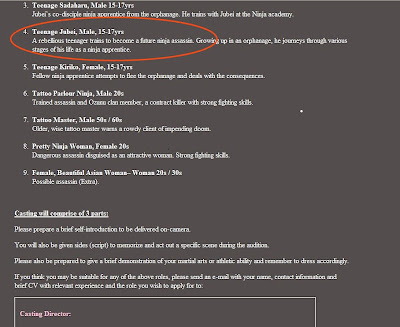 By using our powers of deduction, we figured that Rain is set to portray the cool-as-ice warrior Jubei and they are looking for a teenage actor for a flashback sequence.

If the filmmakers are indeed making Ninja Scroll or a flick inspired by it, then my guess is they are making a “prequel” to the movie and series, showing Jubei’s early years and how he turned into the ultra-cool lone ninja for hire. Egg-cellent!

What do you think?