South Korea shone again at the Asian Film Awards (AFA), which was held in Hong Kong on March 17. 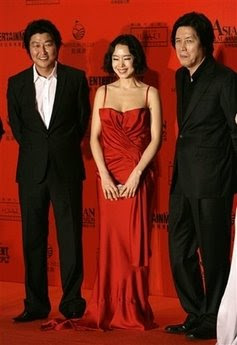 Jeon Do-yeon, who has already won seven awards for her powerful performance in Secret Sunshine, added another Best Actress trophy to her collection. 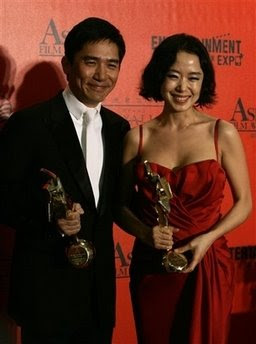 In the movie, Jeon plays Shin-ae, a widow who suffers from a mental breakdown after the deaths of her husband and soon after, her son.

Last year’s Best Actor winner Song Kang-ho was nominated for the award again for his work in Secret Sunshine, but lost to Tony Leung Chiu Wai of Lust, Caution.

Congratulations to the winners and nominees!

Here’s a quick look at all the nominees from South Korea:

Best Supporting Actor
Chun Ho-jin for Skeletons in the Closet