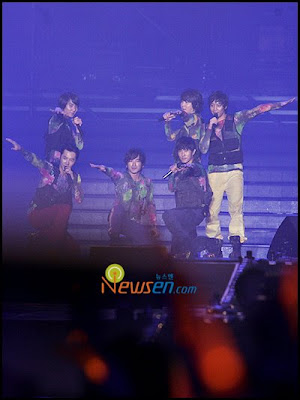 Goodbye: Shinhwa performs for the masses at
Fencing Stadium at Seoul’s Olympic Park

Korea’s popular man-band Shinhwa held a concert on March 30 in celebration of their 10th year in showbiz.

The Shinhwa Must Go On 10th Anniversary Live concert was a three-and-a-half hour extravaganza that included a few encores. 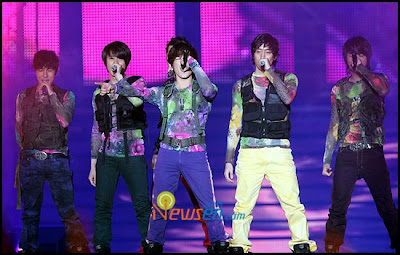 Song: The guys belt their hearts out…

As the sextet got ready to step offstage, the large screen onstage started playing a video of the band’s close friends, who shared the ups and downs they went through with the members for the past 10 years. 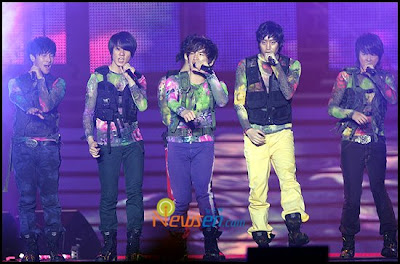 Shinhwa members were pleasantly surprised. All of them sat down and watched the video. Deeply moved by the “walk down memory lane” with their closest friends, the guys openly shed tears. 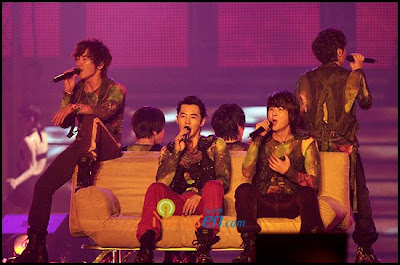 Revolving couch: Now you see them…

They were then presented with a cake and everyone present sang Happy Birthday together with the guys. 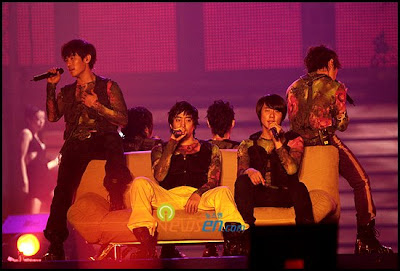 The concert was the final performance for Shinhwa for the next 3 years. Members Eric and Kim Dong-wan will be enlisting in the army soon.