South Korea’s first choice to space, Ko San has been grounded for violating security protocol. He will be replaced by second choice, Yi So-yeon, a female biotechnology engineer. 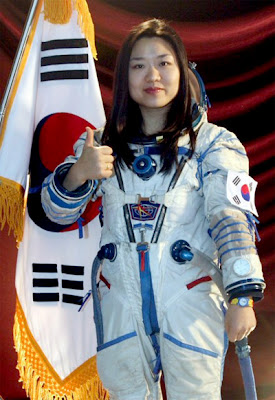 Ko San, 31, was dropped from the April 2008 flight on a Russian Soyuz spacecraft after he removed sensitive training material from a Russian centre, South Korea’s science ministry said on Monday.

“The Russians emphasised the importance of abiding by the rules, as even small mistakes can bring about grave consequences in space,” an official told a news conference, adding Ko appeared to have made innocent mistakes. 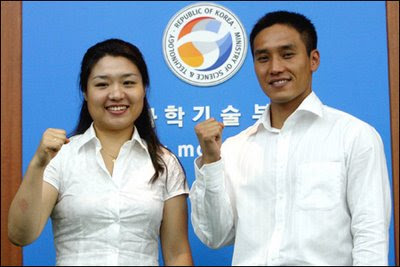 Picked: The pair – Yi (left) and Ko – were selected for training in Russia

Korea’s very first rocket(wo)man is set to blast off on April 8! Twenty nine-year-old Yi, who is finishing her doctorate, will be bringing (among other things) Space Kimchi to the International Space Station. She will be there for a seven or eight day mission.

The pair were selected from a list of more than 36,000 candidates.