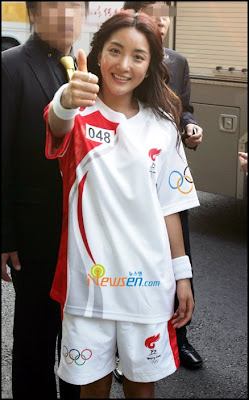 Thumbs up: Bada is all pumped for
the torch relay

The ‘troubled’ Beijing Olympic torch makes its way to Seoul, Korea and one of the flame bearers is none other than former SES singer Bada. The lass was all smiles when she ran with the flame. 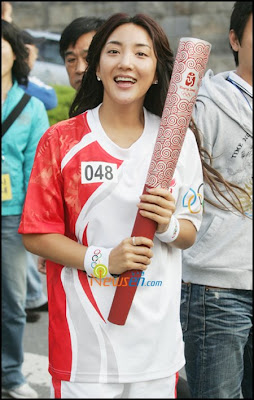 Where’s the fire?: Flame is missing

Many citizens were not able to witness the relay, which had 68 runners running for 22km from the Olympic Park to City Hall, because of the police guards and some 6,500 Chinese supporters who surrounded the flame!

The event was not without incident though. Police arrested three Koreans and one Chinese student for interfering with the torch relay. 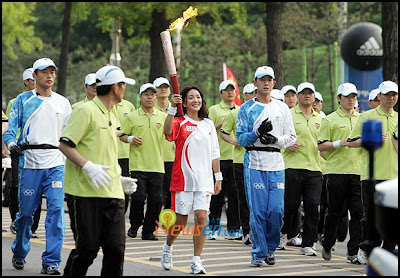 One of those arrested was a North Korean defector who jumped into the relay route to snatch away the torch. He said he was protesting against China’s forceful repatriation of North Korean refugees.

“Many people died because they were sent back, and I tried to show my protest by putting out the torch.”

Isn’t this the most troubled Olympic torch relay ever? I can’t remember such commotion over the flame during the previous Olympics. 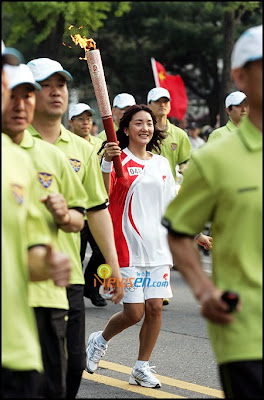 Running with fire: Bada proudly holds
up the Olympic flame