The honour of being the first Korean in space goes to Yi So-yeon (29), who blasted off into infinity and beyond (!) at 8.16pm on April 8 (Korean standard time).

The Soyuz TMA-12 spacecraft carrying Yi and two male Russian cosmonauts took off from the Baikonur cosmodrome in Kazakhstan. 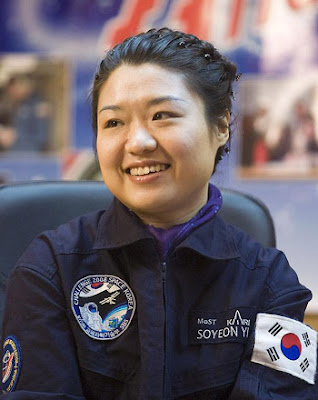 Represent: Yi is only the 2nd woman from Asia to go to space.
The first was Japan’s Chiaki Mukai, who travelled to space in 1994.

Yi snatched the first Korean spaceman honour from the nation’s first choice, Ko San (35), who was relegated to back-up astronaut when he repeatedly broke rules imposed on cosmonauts by the Russian space authorities. 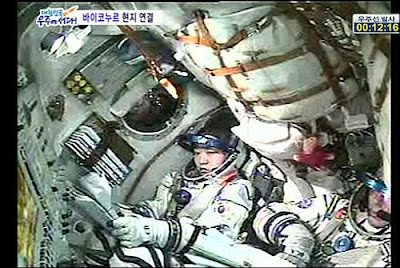 According to the South Korean Government, he “accidentally” sent a pilot’s training manual back to Seoul in a package of personal possessions. A few weeks later, he was caught with a spaceship control manual that he had no right to read.

The Korea Aerospace Research Institute insists that it isn’t and that the incident was just a matter of overzealousness, not deliberate theft.

Ko San apologised to the Korean people saying, “I just wanted to know more about the ship in which I would fly to space in order to become a real astronaut, not a tourist.”

To Yi So-yeon…you go girl! Congratulations! Have a safe journey back to Earth!