With the upcoming release of the Wachowski Brothers’ Speed Racer, singer/actor Rain is set to promote the flick in Asia.

The Energizer Bunny will be promoting Speed Racer in Korea on April 20, and in Hong Kong on April 23. 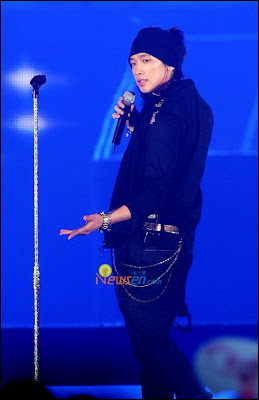 Rain will be promoting Speed Racer in Asia…hey, why no
Malaysia on the list? Huh? Huh?

The 26-year-old will then fly to Los Angeles to attend the movie’s premiere with his Hollywood co-stars. After that, it’s a short stint in Japan in June.

Why is Rain not part of the Los Angeles press junket?

Well, a representative of Warner Brothers said: “Hollywood actors are promoting the movie on various talk shows (in the United States) but in Asia, no one is as popular as Rain so we are expecting a great response from his promotions of the film here.”

Speed Racer is slated for a May 8 release in Malaysia.