Veteran singer Insooni held a special performance at Mount Geumgang in North Korea on May 15.

The 51-year-old songbird, who is currently on tour to celebrate her 30th year in showbiz, made a stop in North Korea in conjunction with Mount Geumgang’s 10th anniversary tourism project. 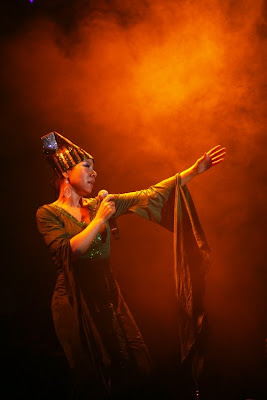 Songbird: The diva in her element

It’s an entertainment milestone as North Korea has banned all outdoor performances since 1996.

About 1,500 people turned up for the event, which was staged at the special tourism zone amphitheater at Mount Geumgang.

The diva serenaded concert goers with hit tracks such as Passion, A Goose’s Dream (listen to the song here), Our Dream and Thank You, Teachers. 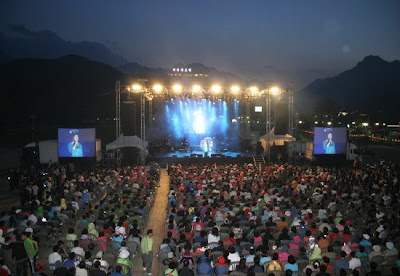 The singer said that the concert was a a huge blessing and wished she could have shown the audience more. Apart from that, she hopes that the concert will be a stepping stone in helping other South Korean singers perform in the North.