It’s FRIDAY! And over here in Malaysia, there’s going to be a long weekend since Monday is a public holiday. Whoo hoo!

Been doing a little Hallyu surfing today and realised that there are so many K-popped! events happening everywhere else except in Malaysia :-(.

Come and take a look at them with me:

FT Island was in Thailand again (and performed!) at the SEED awards. They received the Asia’s Most Popular Artist gong.

The quintet, who ditched their Malaysia concert at the very last minute in March 2008, performed Lovesick and Until You Get Here for their happy Thai fans at the event. 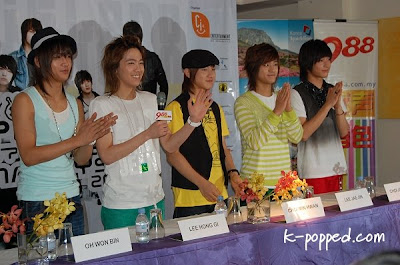 Note to all Malaysian fans who purchased their concert tickets from TicketCharge – Go get your partial refunds now!

Lotte Cinema opened cinemas in Ho Chi Minh (HCM) and Da Nang in Vietnam! There are also plans to open a Lotte Mart in HCM at the end of the year. A Lotte Cinema may be operating from within the mart.

Following that, a Lotte Mart will also be opening in Hanoi.

Lotte Cinema won’t work in Malaysia since there are already many cinema operators in our country. The current cinema giant is Golden Screen Cinemas, while other operators playing catch up are Cathay Cineleisure and Tanjong Golden Village.

As for Lotte Marts in Malaysia, there are already few a supermarkets around, especially in the Koreatown(s) of Malaysia. 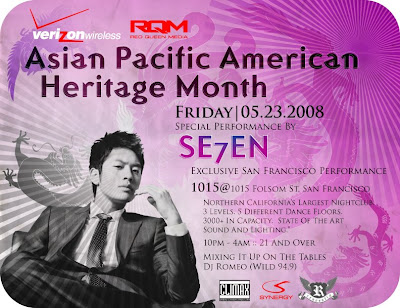 It’s hard trying to crossover to the US isn’t it? From being a big star who easily fills up stadiums in Korea to working the club circuit in America.

Korean acts are heading to Ulan Bator in Mongolia for the 2008 Korea-Mongolia Cultural Festival on June 1. 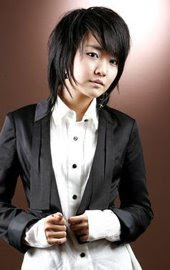 K-pop stars appearing at the event include Younha (pic above) and trot singer Tae Jin-ah a.k.a. Eru’s Dad.

On a happier note, if you’d like to share with us the many K-popped! happenings around your place, please submit your fantastic photos at our very happening (OK, maybe not that happening) group on Facebook.