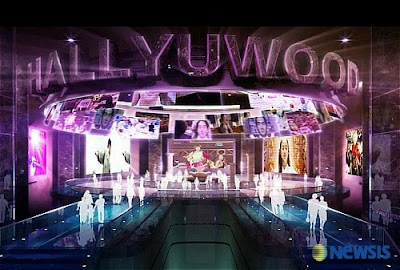 Hallyuwood: A place for the family

Who needs Disneyland when there’s a facility dedicated to Hallyuwood? Yup, a Hallyuwood theme park is being built on a 990,000 square metre site in Gyeonggi Province. It will be completed by 2012.

Below are more of the artist’s impression of the place. Sweet! 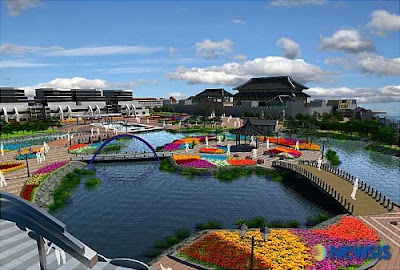 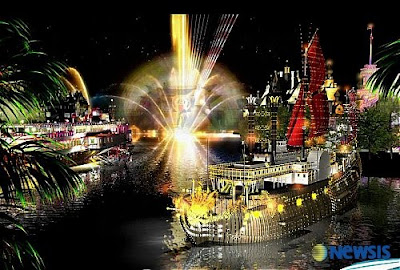 Boat ride: Korean version of Pirates of the Caribbean? 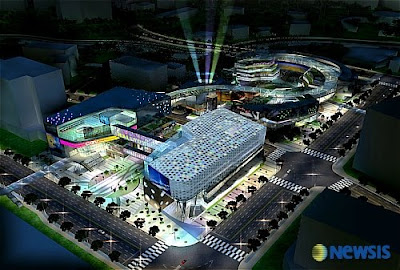 Place of fun: A bird’s eye view of Hallyuwood

The theme park will house studios where Korean dramas and films are made, entertainment facilities, a museum, shops, Korean cooking classes and restaurants!

Wow, it sure sounds like a must-visit place for the K-popped! Trio….four years and counting!

The ground-breaking ceremony called the Hallyuwood Start Festival was held at Janghang-dong in Goyang City at 5pm yesterday (May 29). 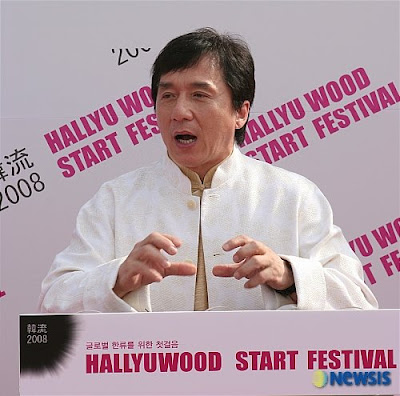 Ambassador: ‘Eat my dust Bae Yong-joon and Rain,
I’m the chosen one. Hai-yaah!’

Hey, how come a Hong Kong star gets to be the face of Hallyuwood? Why not Top Hallyu star Bae Yong-joon or our beloved Energizer Bunny? 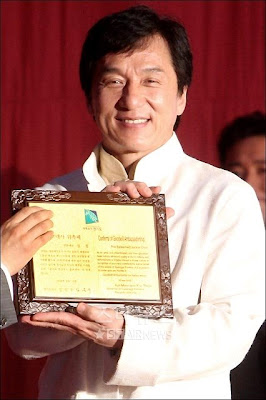 Goodwill ambassador: Jackie Chan will
promote Hallyuwood to the masses

Anyway, an official with the Gyeonggi government explained: “We thought Chan is a perfect fit for this position to publicise Korean culture to the world, as he has a deep interest in Korean culture and is on intimate terms with many Korean stars.” 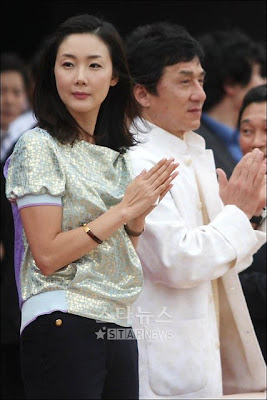 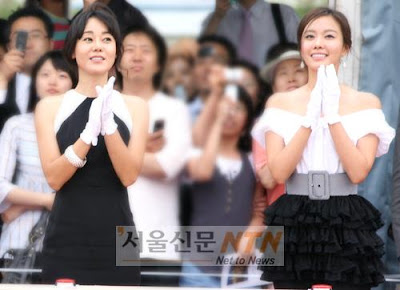