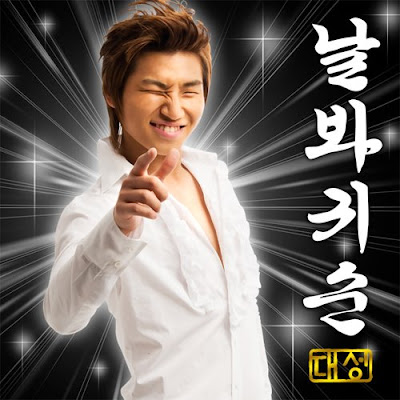 Trot-ting away: Does Daesung crave a piece of the “ajumma fans” pie?

Oh say it isn’t so! Daesung dropped his new trot number on the internet today…and I can’t say it rocks. So I won’t.

Another Big Bang member who branched out on a solo project – Taeyang – went the hip hop/R&B route, but Daesung decided to stay true to his Korean roots by going trot.

YG Entertainment’s head honcho Yang Hyun-seok said that he was skeptical when Daesung decided to sing tacky songs trot, but changed his mind after hearing him sing.

The trot number entitled Look at Me, Gwisun or 날봐, 귀순 (hit the play button below at your own risk), is composed by talented Big Bang band member G-Dragon. It is reported that Gummy, G-Dragon and S-Kush sang back-up for the track.

More on the Big Bang boys