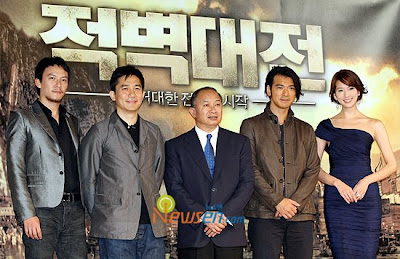 Red Cliff, which is touted to be the most expensive Asian-financed film to date, is set to open on July 10 all across Asia.

The director and stars of the flick appeared to the Korean press yesterday (June 25). 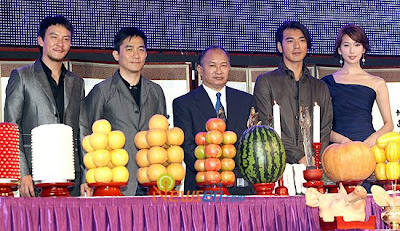 Fruits: ‘For today’s special appearance, we will now
indulge in a fruit-eating contest.’

Budgeted at US$80mil, the two-part Chinese epic depicts the events during the Three Kingdoms period in Ancient China. The film is divided into two because there is too much material to be covered in a single feature.

The second part of the movie is reportedly scheduled for release at the end of the year (2008).

Sounds like a pretty awesome feature! A little out of topic here, but what do we call two-parted flicks anyway? If a film has 3 parts, it’s a trilogy…so is a two-parter called a dulogy? 😛

While you ponder on the question, check out the awesome English-subbed trailer below. Oh, and look out for John Woo’s signature dove-flying image…goodnes, it’s even in the trailer! 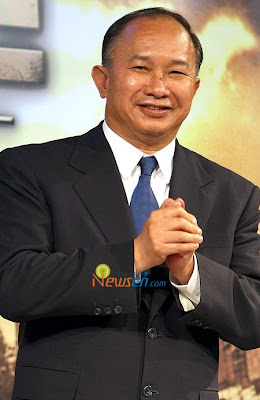 The prayer: ‘I hope to put in many,
many more dove flying in slow-mo sequences.’ 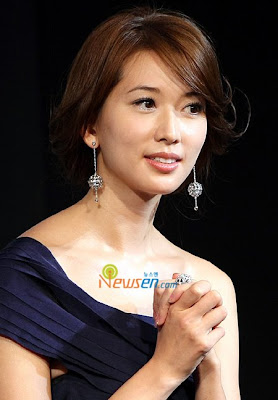 The prayer: ‘I hope I won’t have to be in another
scene where birds are flying around me in slow-mo.’ 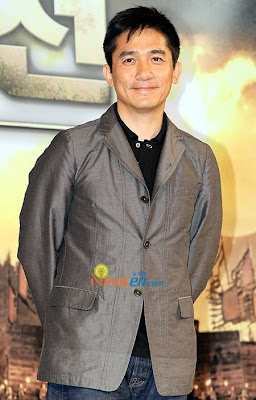 The thought: ‘I don’t care about the birds,
can someone get me a better jacket?’ 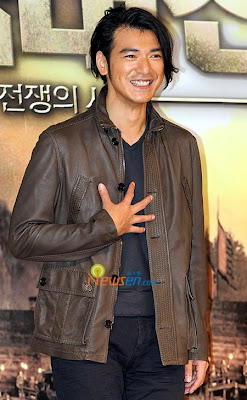 The thought: ‘Note to self: Buy shampoo
after PC’ 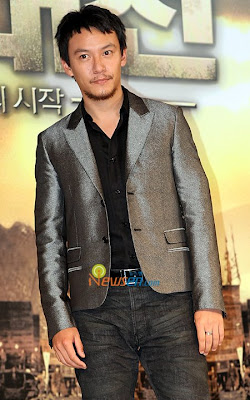 The thought: ‘Man, these Korean chicks rock. Yay,
I’m gonna star in a flick with SHK soon.
I made the right choice – I rock too.’