SeeYa which is the shortened form of “See You Always” is the name of a South Korean female trio made up of Nam Gyu Ri, Kim Yeon Ji and Lee Bo Ram.

SeeYa is the brainchild of the producers who brought us romantic crooners SG Wannabe. Since the latter has been so well received, the producers wanted to create a female version thus a nationwide talent search was held. Out of four-hundred hopefuls, the trio which consists of Nam, Kim and Lee were selected and thus the birth of SeeYa in 2005. 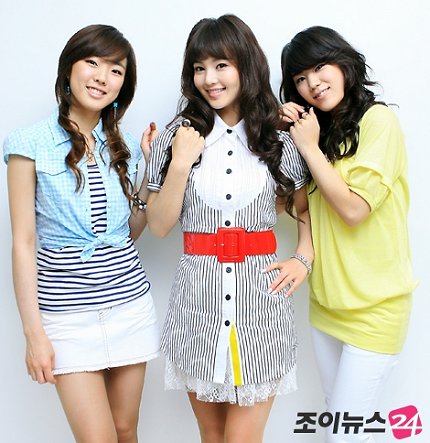 SeeYa is a girl group with substance. They are not just pretty faces but show off their vocal prowess via ballads such as Sad Steps / Shoes 2, Lovers Greetings, Crazy Love Song, Ice Doll and Hateful. On the other hand, they also do upbeat, pop-ish songs such as Let’s Get Married, I Still Like You and Summer Dream.