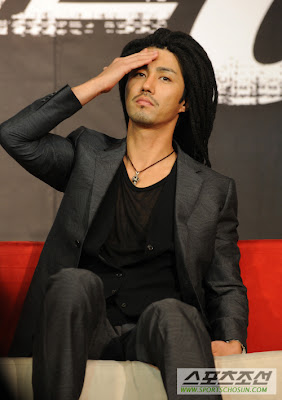 Headache: ‘Ouch, I think my dreadlocks are too tight.’

Cha Seung-won (38) showed off his dreadlocks while in Seoul this morning to promote his upcoming flick Eye for an Eye, Tooth for a Tooth.

In the movie, the Kick the Moon actor portrays a brilliant criminal who is tracked down by a top detective (Han Seok-kyu).

The final scene, which was shot in Busan earlier this year, involved Han’s character raiding Cha’s gang at the Busan harbour. The set-up included many extras and numerous land and sea vehicles.

Eye for an Eye, Tooth for a Tooth, which is directed by Kwak Gyeong-taek (Typhoon) is scheduled for a July 31 release in South Korea. 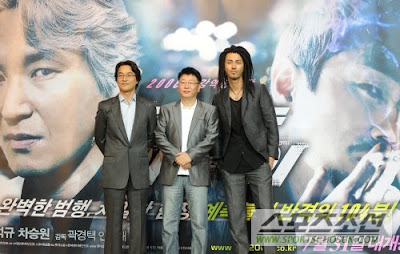 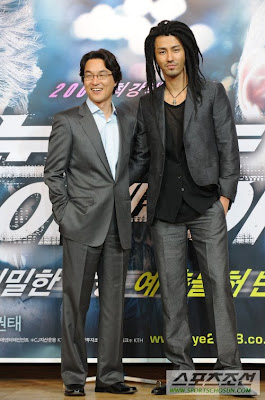 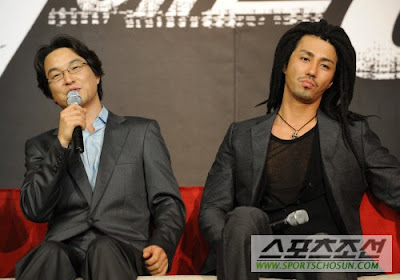 Blah blah blah: ‘Gosh, enough already Seok-kyu! When is it
my turn at the mic?’ 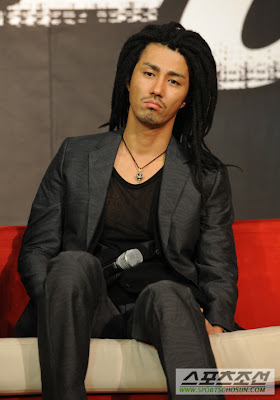 Pout: ‘Ask another question already, dammit!
This time, make it about my hair.’