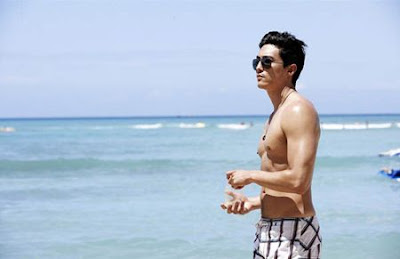 In an upcoming cable TV program, Korean-American Daniel Henney reveals the seven most important persons in his life.

They are his parents, My Lovely Samsoon co-star Kim Suna, My Father co-star Kim Young-cheol, his manager and friend Martin, designer Sebastian and model/colleague & friend Andrew. 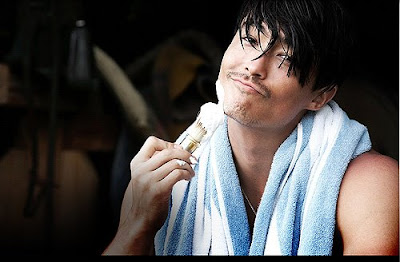 Going green: In an effort to conserve energy, Daniel decides to go
old skool and shaves with a razor 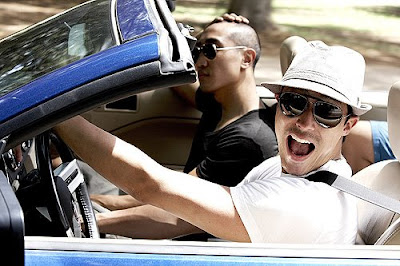 Driving with the top down: ‘Oh sh*t, there’s a fly in my mouth!’

The program, which is being shown on the XTM network in South Korea on July 19, is titled Star and the City – Daniel Henney’s Gift. Viewers will be able to take a peek at the 29-year-old heartthrob’s vacation in Hawaii and many more behind-the-scenes look at his life.

Daniel Henney bagged the Best New Actor award at the 45th Daejong Awards in June and will be playing Agent Zero in the upcoming X-Men Origins: Wolverine. 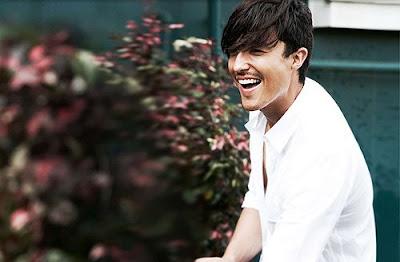 Rug on the head: ‘Hmph, I can’t see with this hairstyle’ 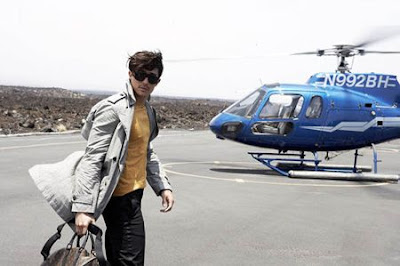 Leavin: ‘All my bags are packed…I’m ready to go….’ 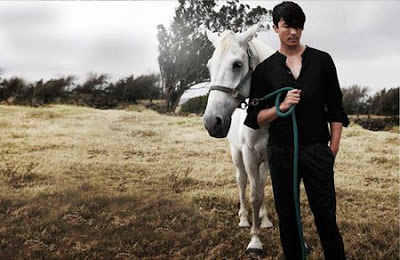 Man & beast: In another attempt to go green, Daniel gets a
horse instead of a new car

Related:
Stars at the 45th Daejong Awards in Seoul
Daniel Henney becomes a mutant for X-Men