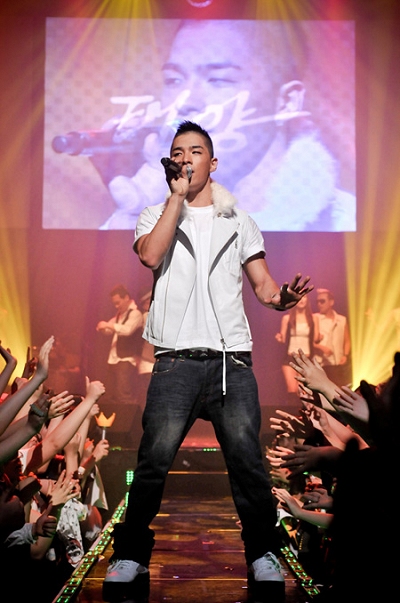 Err..how am I dong? Oh-kay?
Tae Yang out on stage – solo – for the first time

Tae Yang performed his first solo concert at Melon AX, Seoul on the 20th July to a crowd of 4,000.

The vertically challenged member of the band Big Bang displayed excellent choreographed moves throughout the night and unabashedly exposed his muscular torso to the crowd.

Concert for adults only

Tae Yang‘s band mates appeared at the end of the concert and Big Bang performed Lies to screaming fans.

In other news, Tae Yang will be the guest opening act for Alicia Keys‘ concert in Seoul “As I am Tour” on the 7th August in Jamsil Indoor Stadium.