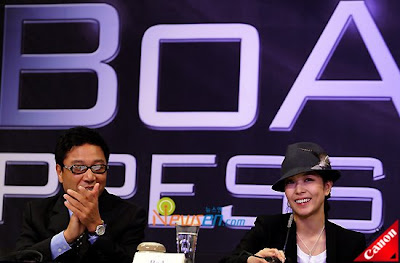 Give it up: BoA’s (right) going to try and break into the US of A

Step aside Rain and Se7en and meet your latest contender for America’s attention. At the height of her popularity, BoA is preparing to capture the hearts of the Americans.

The project: Best of Asia, Bring On America!

The tagline: Eat You Up (I didn’t make it up, it’s printed right there on Lee Soo-man’s podium (pic, below)). 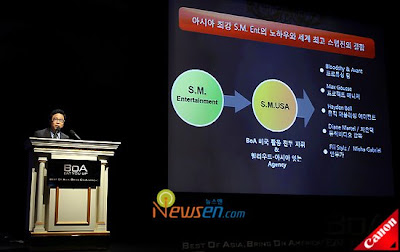 The 22-year-old songstress, along with her mentor Lee Soo-man, held a press conference today to announce BoA’s crossover to the United States. The intricate plans for her advancement were revealed, i.e. the team of producers and musicians were introduced to the press.

All the best BoA, but what happened to your hand. Why is it in a cast? 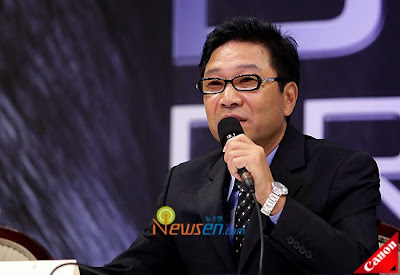 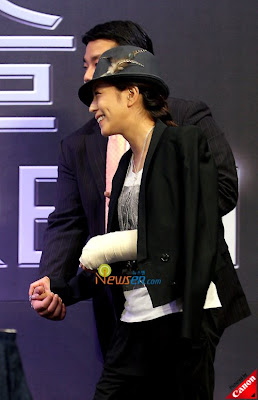 Weapon: Don’t let the sweet smile and cast fool you,
BoA can be “lethal” 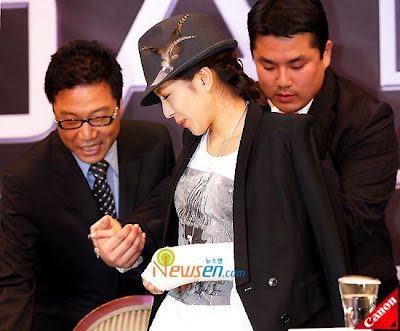 In charge: Even Lee Soo-man (left) jumps to show BoA her seat
when she arrives 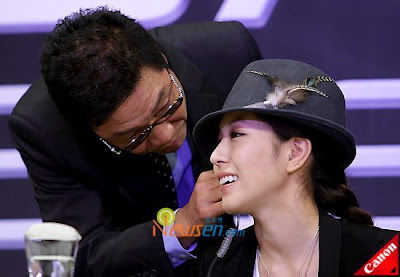 Service: Lee Soo-man takes great care of one of his most-prized
cash cow. Good to know that the man knows where his paycheck
is coming from 😛 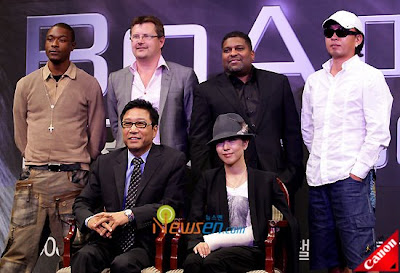 More on BoA – the lethal weapon