Chit Chat of Beautiful Ladies Eva Popiel says that the next time she dates, she wants it to lead to marriage because she’s tired of playing the field. 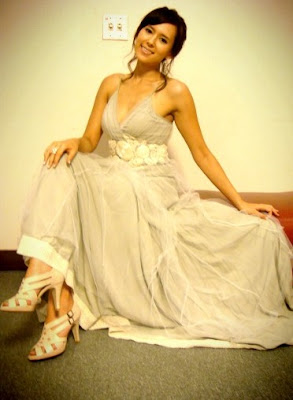 Will you marry me?: Eva’s looking for love…that lasts

The 26-year-old then added: “When I talk about my experience in dating Korean men, it may sound like I’ve dated a lot of Korean men but I’m actually talking about the same person all the time.”

The beauty of British-Japanese parentage also revealed that she was involved in a love triangle once. “I loved the man so much, I was really shocked when I discovered that he already had a girlfriend. Now it’s difficult to trust men.”

And all the girls say “Amen”.