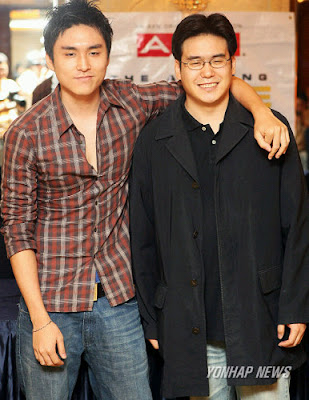 Yes, finally news about the Hong brothers of The Amazing Race Asia 3 (TARA 3) in the South Korean media.

Hong I-sak/ Isaac (29) and Hong Woo-rim/ William (26) are representing the land of the Hallyu – whoo hoo! For the first time, a South Korean team is being featured in the heart-thumping race around Asia…and beyond. 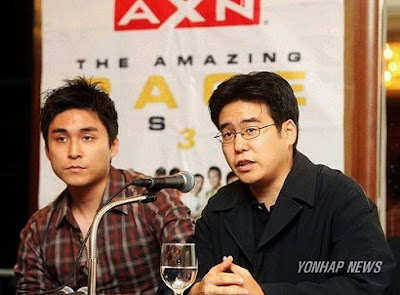 In the news: The brothers field questions from the Korean media

Issac and William did pretty well in the first round, coming in at #6 (out of 10 teams). They seem to be working well together…so far.

The pair appeared to the Korean press today in conjunction with the TARA3 launch in South Korea. The event was held at the Lotte Hotel in Sogong-dong, Seoul.

The church-going brothers are sports commentators and football agents for professional players. They work at the same office and live in the same apartment.

You can catch them in action by tuning in to the AXN Channel – Astro channel 701 at 9pm every Thursday. There will be a 90-minute special episode tonight…ooh, will there be a double leg for this episode? 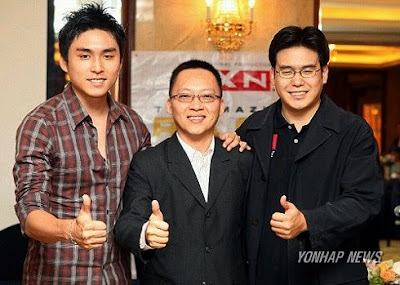 If you don’t have time to tune in to the show, you can read a blow-by-blow account of each leg at the official TARA 3 website.