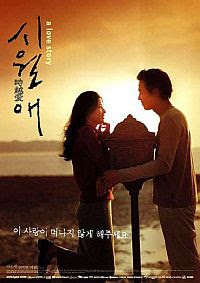 First of all, I’ve been spoilt by Hollywood’s 2006 remake – The Lake House (TLH), which stars my all-time fave actor Keanu Reeves…oh yeah, and there’s Sandra Bullock too :-P.

Now that I can make a comparison between the original Korean version and the Hollywood one, I see that Tinseltown’s version is more tightly-paced. However, there are certain details in TLH that didn’t gel (hit this link to read my “official” review of The Lake House).

I believe it has a lot to do with the period the movie is set in. The lack of modern technology to aid the communication between the leads is more believable in Il Mare (set in 1997/1998 and 1999/2000) than compared to the 21st century setting of Hollywood’s version.

Apart from that, that little inconsistency about the leads’ “shared” pet dog is also addressed in Il Mare with Sung-hyun (Lee Jeong-jae) saying that there’s a twist in time.

Details aside, viewers will be drawn into the “long-distance” romance between architect Sung-hyun and animation voice talent Eun-joo (Jeon Ji-hyun). Like in TLH, the pair exchanges letters through the special letterbox that allows them to bridge time. She lives in the year 2000, while he in 1998. 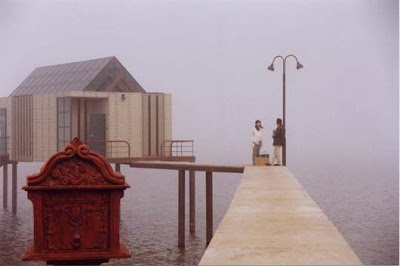 Selling point: ‘Yeah, it’s really convenient if you like swimming.
Just walk off the bridge.’


They soon confide in each other through their letters and naturally, a romance blossoms. Time is the only factor that prevents them from having a “real relationship”, thus the challenge comes in actually meeting one another.

Il Mare certainly takes its time to tell its love story. There are many quiet scenes in the flick, so much so that I managed to take a ‘lil nap mid-flick and still catch up later. 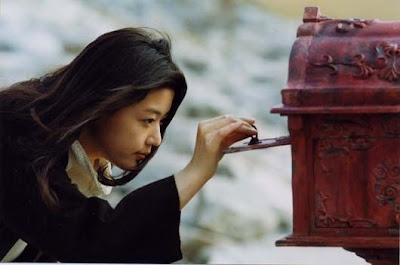 Size matters: ‘Hmm, I wonder if I can fit myself in there.’


Hollywood’s version jumbled things up a little, but it stays true to the gist of the story. Also, TLH took time to flesh out the rocky relationship between the male lead and his father…Il Mare just mentions it in passing.

I’m happy to report that the ending in the original Korean version isn’t as gloomy as I thought it would be. As I’ve said, I’ve been spoilt by Hollywood’s TLH so it’s unfortunate that the plot twist and surprise Il Mare has in store had no effect on me.

Nonetheless, both Jeon Ji-hyun and Lee Jeong-jae are good in their roles – two lonely people who by chance find each other across time and space. It’s a great romance with a touch of tragedy yet coupled with a whole lot of hope.

Do you believe in Christmas miracles?

Eun-joo (Jeon Ji-hyun), who lives in a unique house by the sea moves to the city. She leaves a letter in the mailbox asking the next tenant to kindly forward her mails to her new address. It is Christmas of 1999. 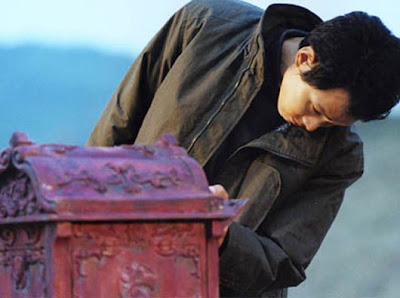 
An architect named Sung-hyun receives the letter when he moves into the house and thinks Eun-joo’s letter is a joke. He’s the very first tenant of the house, which was built by his aunt. It is Christmas of 1997.

Nonetheles, the pair become pen friends, exchange a whole bunch of letters and soon fall in love. Setting a time to meet is a challenge as time and timing can be very cruel.

A friend lent us her VCD ;-). You can get your copy here!