Wheesung is set to stay up all night to unleash his version of Insomnia throughout Asia.

OK, ok, not really. The 27-year-old actually covered Craig David’s 2008 single Insomnia and his Korean version is set to drop in China as well as Hong Kong (apart from South Korea). 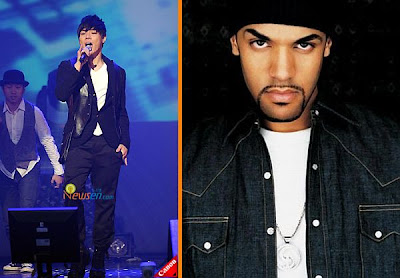 Insomniacs: Both Wheesung (left) and Craig David have Insomnia


On a lazy Sunday afternoon during a KBS Music Break, I caught Wheesung’s MV…and subsequently got hooked on the song. The MV showcased some nifty dance moves and the addictive hook replayed in a loop in my head after watching the video.

Wheesung wrote the Korean lyrics for the song. It is reported that the MV will be aired on both the MTV Asia and Channel V networks. Excellent!

I’ve also watched Craig David’s MV for the song and realised that Wheesung’s version is much better. Whoo hoo…