Sexy singer-turned-entrepreneur Chae Yeon is set to make a return to the Korean music scene next month. 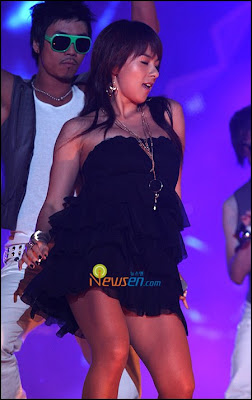 Back in the game, baby: Chae Yeon is all set
for a comeback


The 31-year-old, who owns the fashion label Bequem, will be releasing her 5th album in the second week of May. Since Chae Yeon is such a sexpot, her upcoming album will once again bank on that strength of hers – being sexy.

The singer has been missing from the music scene for quite some time now to concentrate on her fashion venture. Her 4th album was released in 2007. After the release of her 4th album, which contains the hit song My Love, Chae Yeon became really popular in Japan and China.

If you haven’t seen Chae Yeon in action, please hit the play button below. She’s smokin’ hawt in the MV.

So, are you now waiting with bated breath for Chae Yeon’s return to the music scene?