She delivered a baby boy on Feb 6, and now the svelte Sohn Tae-young is all set to star in the SBS drama entitled Two Wives.

The 29-year-old, who is married to Hallyu star Kwon Sang-woo (33), appeared to the press today in a sheer sleeveless top. Thank goodness she had on a good and sturdy bra; otherwise the public would be getting more than an eyeful of the new Mom. 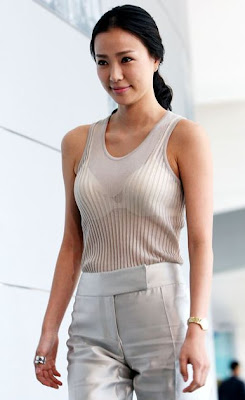 See through: Sohn Tae-young shows
off her curves 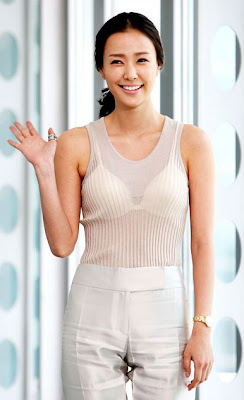 
In the drama, Sohn plays a single mother who falls in love with a divorcee. Before the lovebirds can marry, the man (played by Kim Ho-jin) gets involved in a car accident and loses his memory. After the accident, loverboy can’t remember who he loves – his first wife or his new girlfriend. Dang it, what a bummer.

Two Wives premieres on May 4. 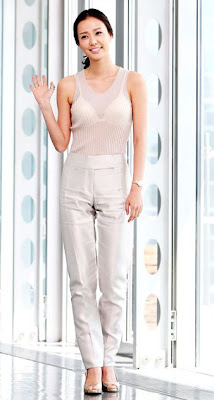