…and the Korean press gets a gratuitous shot of her butt thanks to her haute couture ensemble by Tokyo-based designer Dress Camp. 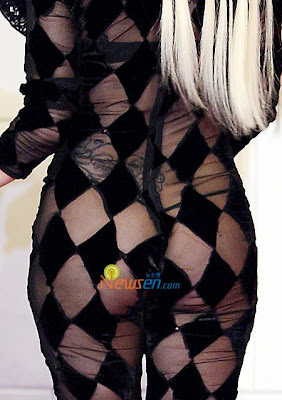 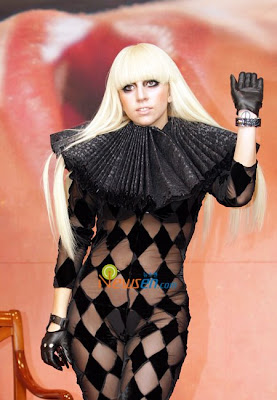 
The rather…er, out-of-this-world pop singer appeared to the press on Wednesday (June 17) during her three-day promotional trip to Seoul. This was her first visit to South Korea. 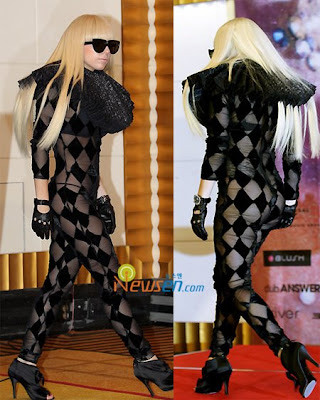 Blinded: ‘Dang, where’s the chair? I can’t see
clearly with these sunnies on.’


The 23-year-old also held a showcase that evening at Cheongdam-dong’s Club Answer.

Jaebeom, the lead singer and oldest member (at 22) of 2PM, conducted the interview with the lady-who-doesn’t-like-to-put-on-pants in English as he was born in Seattle, Washington. 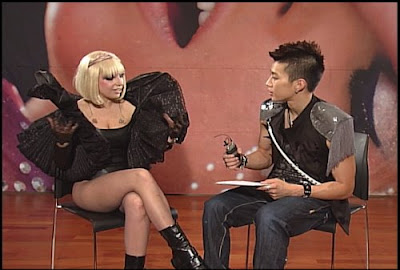 Fashion: ‘Yeah, I just grabbed the nearest trash bag I could find
and fashioned it into the shawl-like thingy you see here.’