Yo K-popped! friends, Taegoon has released his second mini album entitled Rising Star, along with a sexy hawt MV for the album’s title song – Superstar. 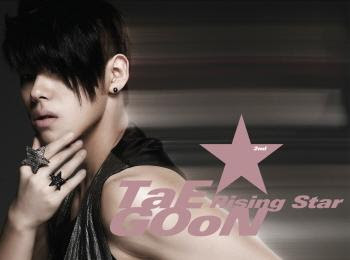 Star in the making: Watch out for Taegoon….


The 23-year-old sings about his hopes/dreams and journey to (eventual?) superstardom. The Call Me singer shows off his nifty dance moves again in his latest MV.

Actress Park Shin-hye (Stairway to Heaven/ Tree of Heaven) is again featured in Taegoon’s video. Park appeared in his Call Me video.

Hmm, is the young and lovely Miss Park Taegoon’s muse? Watch the MV below!