U-Know of highly-popular boyband TVXQ is set to debut as an actor in the MBC drama tentatively titled Heading on Ground.

Scheduled to be released in September, the drama is about a horrible football player named Cha Bong-gun, who harbours the dream of playing for the national team! 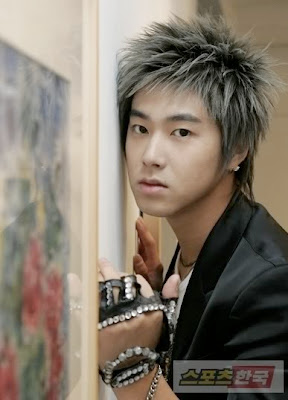 Talent: U-Know can’t wait to show you his
acting chops


The 23-year-old heartthrob said: “I love the character. I was so excited when I read the script. I hope to express my excitement and feelings through faithful acting.”

Er…faithful acting? How does one do that? Does this mean he won’t break character after the cameras stop rolling?

Anyway, U-Know reportedly had a 5-hour meeting with producers to discuss his character as the singer is “very serious” about his role as Cha Bong-gun.

An MBC rep said: “We were told that U-Know also went through a difficult time before finally accomplishing his dream as a singer. We were not looking for the best Asian star. We were looking for Cha Bong-gun, and that is what we found in him.”

U-Know Yunho’s debut drama will be airing on Sept 9 on South Korea’s MBC channel. Malaysians can only hope to watch it online…or on local telly but dubbed in Mandarin :-P.