According to a reliable source, who works at a local recording company, Korean boyband 2PM will not be coming to Malaysia in August…but 2AM will.

Not coming: After getting the devastating news that they aren’t
coming to Malaysia, the 2PM boys experience a brief break down
where they get in touch with their…er, feminine side.


The boy’s boss JYP tweet-ted that he will be sending 2PM to the 2009 MTV Asia Awards in Malaysia this August.

That was before we discovered that the MTV Asia Awards has been scrapped and is being replaced by the MTV World Stage Live In Malaysia.

JYP a.k.a The Asian Soul has since removed his tweet announcing the matter. 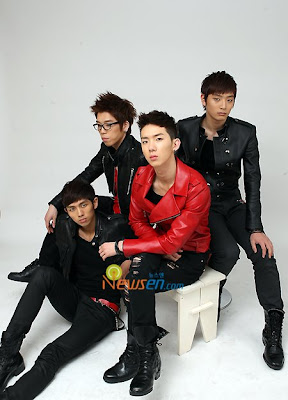 After party entertainers: 2AM mourns the love of their
beloved fans as they are only scheduled to perform at
the post-party

However, our source tells us that 2AM will instead be coming to Malaysia. The Confession of a Friend singers will not perform at the show but will be taking the stage at the by-invitation-only after party.

Down with MTV World Stage Live In Malaysia. Bring back the MTV Asia Awards! 😛

Related:
JYP sends 2PM to Malaysia for 2009 MTV Asia Awards
Confession of a Friend by 2AM