So you didn’t score invites to the MTV World Stage’s after party? Neither did we :-P.

But fret not folks, as there are many kind-hearted people out there who share good things…such as these exclusive shots of the 2AM boys during their interview with local entertainment glossy KLIK Magazine. 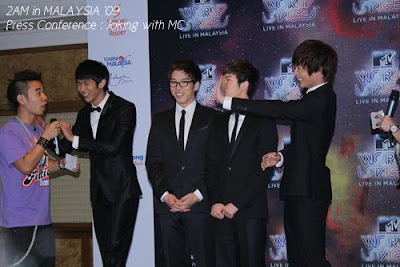 Q&A: The 2AM boys are interviewed by an MTV VJ from Korea


A little bird informed us that KLIK Magazine was the only mag that interviewed them. During the session, the boys talked about their stint in Wild Bunny. They were so excited relating their experience on the show that Kwon and Seulong couldn’t stop laughing.

Meanwhile, Changmin who speaks perfect English, asked for local food recommendations. The boys also autographed some merchandise, which will be given away in KLIK Magazine’s next issue. 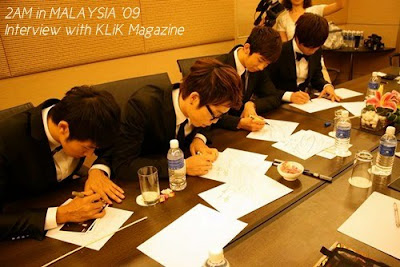 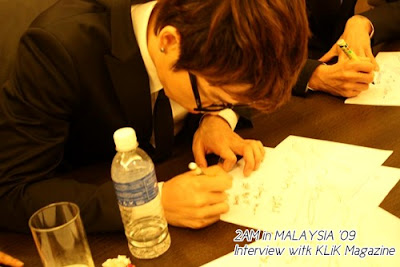 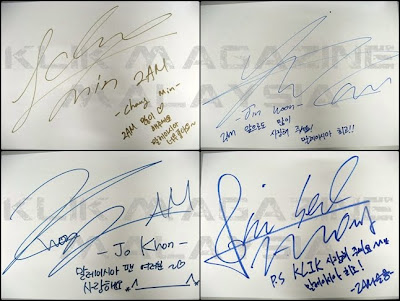 To Malaysia: With love from 2AM


The following day, the 2AM boys squeezed in a photo shoot and some shopping at the Petronas Twin Towers.

Apart from that, American rock band Boys Like Girls met 2AM and have dubbed them Korea’s Boyz II Men. Below is a pic of the band with the Korean singers as posted on Twitter. 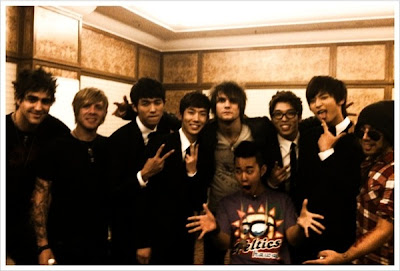 
At the MTV World Stage’s after party, 2AM sang 5 songs including Ne-Yo’s Sick and Chris Brown’s With You. They wrapped up their mini-showcase with One Candle. Watch the videos below:

Related:
2PM not coming to Malaysia, 2AM to perform at after party
Confession of a Friend by 2AM